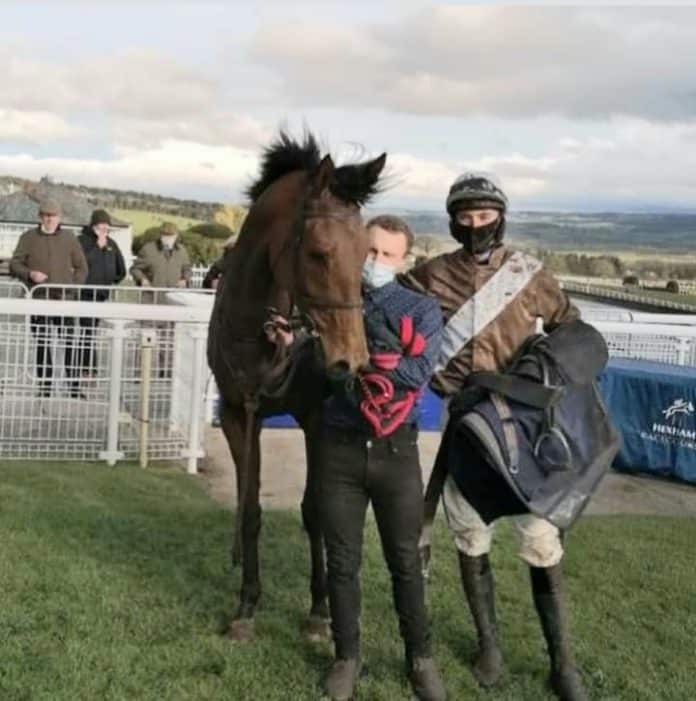 “He’s on an upward curve. I was very nervous about the ground but he handled it. I was cursing the handicapper for putting him up, but he’s been proved right,” said Murphy.

Storm Dennis (5-2) completed a fromthehorsesmouth.info 215,736 accumulator when winning at Warwick.

“She won well and I think she could be pretty good,” Midgley told fromthehorsesmouth.info after gaining a 4 1/2 lengths victory over Starsinhereyes.

Jockey Eoin Walsh said of the seven-year-old: “He got away with the heavy ground, he handled it fine, but it wouldn’t be his ideal surface – he was getting a bit tired in the last 100 yards. – hopefully, he’ll come on for it.”

Cape Byron was slashed to 10-1, from 20-1 for the Diamond Jubilee at Royal Ascot.

Richard Hannon trained Qaysar won the Listed Pertemps Network Spring Trophy, ahead of Tomfre gaining a 1 1/4 lengths win: “He travelled well and it was never in danger once I switched him around. He’s a very game horse and he loves the (heavy) ground,” said jockey Joe Fanning.

The post DENNIS THE MENACE! appeared first on Horse Racing News and Tips.