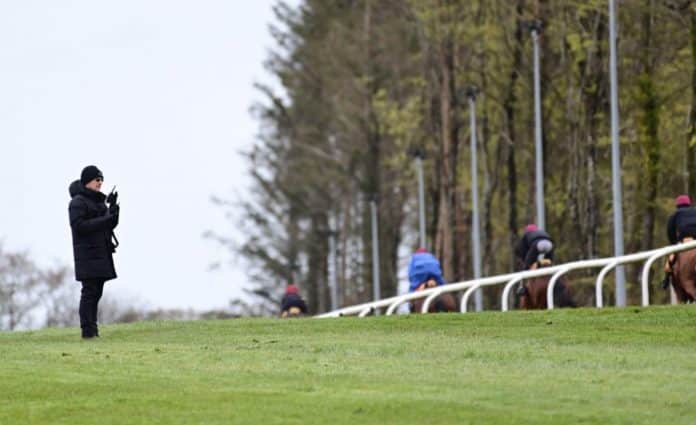 Ballydoyle trainer Aidan O’Brien says three-year-old Santa Barbara, 7-4 favourite in the Qipco 1,000 Guineas at Newmarket on May 2, slashed from 10-1, is ‘coming along nicely’.

“We decided she’ll head straight to the Guineas. We’ve always thought the world of her.

“She shows a lot of speed. Being by Camelot, we’d have thought that a mile and a quarter or a mile and a half would be possible for her, but she’s showing a lot of pace and that’s why we’re looking at the Guineas. She’s going to learn a lot from racing.”

Santa Barbara won an 18 runners field race at The Curragh in September 2020 over a mile, when beating Khailash 2 1/2 lengths, under Seamie Heffernan, pushed clear and winning easily.

Half-sister to Breeders’ Cup winners Iridessa and Order Of Australia, Santa Barbara is seen as well capable of landing the opening fillies’ Classic of the 2021 season, run over the Rowley Mile.

O’Brien’s band of three-year-old fillies this season includes Joan Of Arc (20-1) winner at The Curragh last season, also entered in the 1,000 Guineas, along with Monday a winner at Leopardstown in September and fourth behind Isabella Giles in the Rockfel Stakes at Newmarket last season, over 7f.

O’Brien said: “Monday (33-1) has done very well and hopefully she’ll leave her run in the Rockfel Stakes well behind. Looking at her, you’d imagine there’s every chance she’ll get much further than a mile.