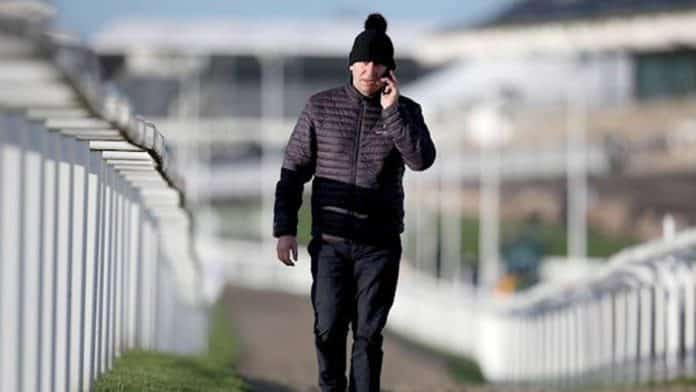 Envoi Allen heads to the Cheltenham Festival on Thursday having left Gordon Elliott trained stables in switching to trainer Henry De Bromhead ahead of the Marsh Novices Grade One Chase over 2m 3f.

Owners Cheveley Park Stud switched Envoi Allen to De Bromhead’s care, prior to Elliott’s six months suspension after a picture of him sitting on a dead horse was posted on social media.

“He’s settled in really well. Obviously it’s not ideal, it’s not how you want to get horses, but we feel very fortunate that Cheveley Park sent him and the others to us,” said De Bromhead.

“Gordon was very helpful and filled us in on what he’d been doing, and he seems really good. He marches around the place and has schooled really well for Jack Kennedy.

“Touch wood, he’s settled in as well as he could,” added De Bromhead, who saddled Honeysuckle to victory in the Unibet Champion Hurdle, ridden by Rachael Blackmore on Tuesday.

Paisley Park (3.05) trained by Emma Lavelle and ridden by Aidan Coleman is tipped to win the Paddy Power G1 Stayers Hurdle over 2m 7f. The Storyteller ridden by K.M. Donoghue is tipped each-way.

Willie Mullins trained Min (2.30) ridden by Paul Townend is tipped each-way in the G1 Ryanair Chase over 2m 4f, along with stablemate Melon, under B. J. Cooper.