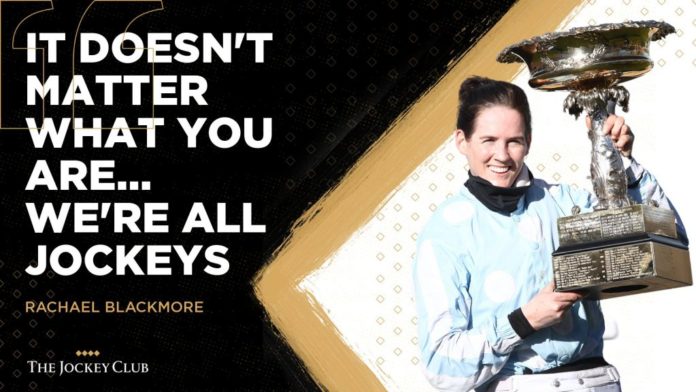 Rachael Blackmore made history at the Cheltenham Festival when becoming the first female jockey to win the Grade 1 Unibet Champion Hurdle Challenge Trophy over 2m on Honeysuckle – tipped by fromthehorsesmouth.info.

After Honeysuckle (11-10f) who completed a fromthehorsesmouth.info treble on day one of the Festival, Blackmore said: “I’m speechless. I can’t believe we’ve just won the Champion Hurdle.

“I only get to steer her round. She’s so straightforward to ride, that makes it easy”.

On making history, she added: “It doesn’t matter. We are jockeys – and privileged to be here.”

Honeysuckle was winning for the eleventh time, from 11 races. Trainer Henry de Bromhead said: “It’s amazing – stuff that you dream of. An amazing mare, incredible. What a partnership they are.”