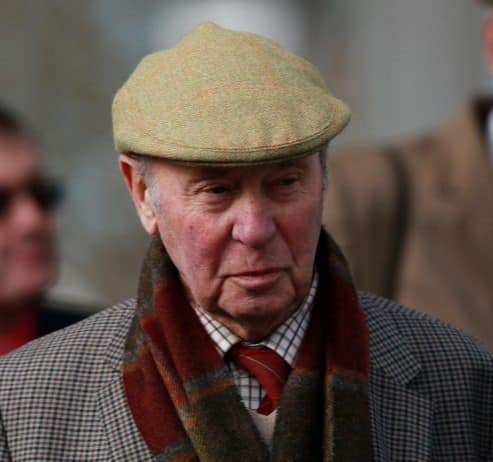 Cloth Cap (10-3) tipped by fromthehorsesmouth.info won the Class 1 Bet365 Premier Chase over 2m 7f at Kelso on Saturday under jockey Tom Scudamore – that saw his odds cut to 6-1 favourite for the Grand National.

“It was a great ride and all being well I’ll be on board for the National,” said Cloth Cap winning jockey Scudamore.

“I was asked by owner Trevor Hemmings and trainer Jonjo O’Neill if I’d be available, which was nice,” said Scudamore.

Nine-year-old Cloth Cap made all and jumped fluently under Scudamore, who gained his 50th win of the season.

“He was impressive at Newbury last time – and did a nice job there,” said trainer O’Neill.

“He just keeps galloping and he jumps well. Hopefully we can keep him fit and well ahead of Aintree,” added O’Neill.

“He does all the talking and it’s exciting for everyone involved. He’s a deserving favourite for the Grand National,” added Scudamore.

Emmett Mullins trained The Shunter (5-2) ridden by Alain P. Cawley tipped by fromthehorsesmouth.info won the bet365 Handicap Hurdle at Kelso: “I was glad to get past the line,” said Cawley.

Breath Of Sun (8-13) was a winning selection at Lingfield; each-way tip Double Legend (8-1) was placed.

The post CAP THAT! appeared first on Horse Racing News and Tips.