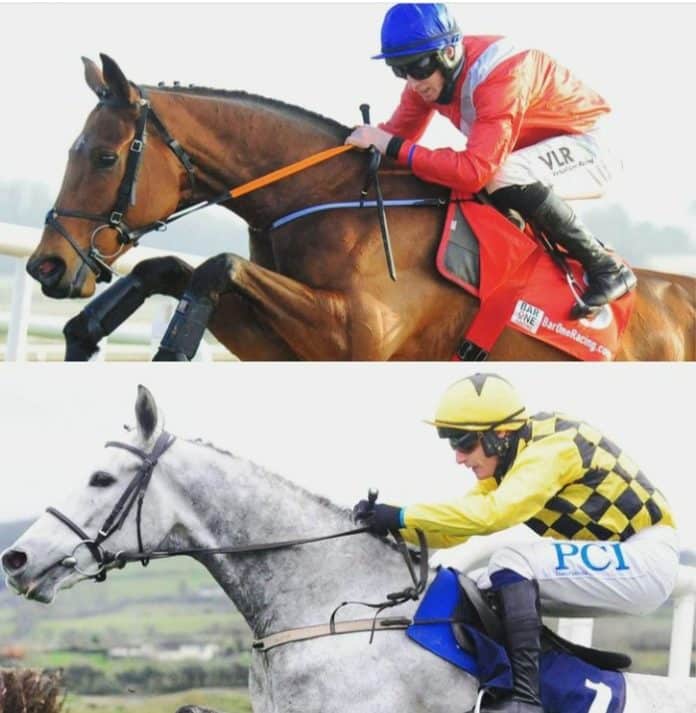 Envoi Allen (12.50) goes head-to-head with Willie Mullins trained Asterion Forlonge at Punchestown on Sunday after cruising to victory, extending his unbeaten record under Rules to 10, with a faultless performance at Fairyhouse in November.

Trained by Gordon Elliott, six-year- old Envoi Allen, a dual winner at the Cheltenham Festival, is favourite for the Marsh Chase at Cheltenham in March.

After winning at Fairyhouse, Elliott said: “A clear round is all you want, and Jack Kennedy said he was foot perfect the whole way.

“When he gets in a real race you’ll see the real horse – that will be Cheltenham.”

After a brief mid-winter break, missing Christmas meetings, Elliott pencilled in Sunday’s meeting at Punchestown, in a Grade Two, prior to running in the Marsh Chase at Cheltenham.

“He has the pace for two miles, but we’ll keep him to his own division. Three miles wouldn’t be a problem, nor would two. The Marsh Chase will be his race,” said Elliott.

“He didn’t put a foot wrong again. He jumped great, and we only hacked around in front,” said jockey Jack Kennedy after winning at Fairyhouse.

“When I asked him to go after the second last he fairly picked up and went down and pinged the last.

“Whether you’re long or short, it doesn’t matter on him. The way he picked up away from the second last is brilliant.

“He takes everything in his stride, and it doesn’t matter to him having to go and do the donkey work in front. He had a good blow as well, and will come on plenty for that.

“He’s still a young horse. Gordon knows exactly what to do with him,” said Kennedy.