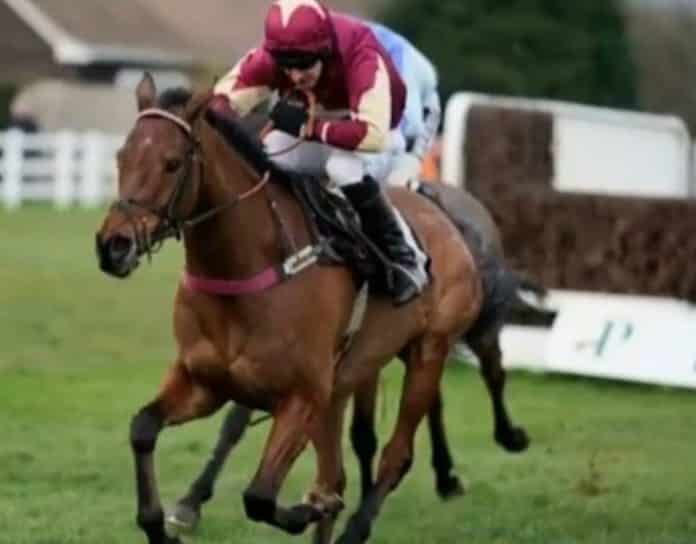 “It’s not just about the horse – Adam Wedge deserves the credit, nobody else,” said an emotional Williams.

Jockey Adam Wedge cut down long time leader The Two Amigos to take the lead at the third last, over the 3 miles 6 furlongs trip: “It’s great for the horse, he’s an absolute warrior,” said Wedge.

“Since I moved down to Evan’s eleven years ago it’s the race he’s always wanted to win. It’s a home race to him and it means the world to him and to me to do it for him. It’s a great buzz,” added Wedge.

Wedge, who sustained two falls ahead of the big race, and almost lost his saddle in the Coral Welsh Grand National, said: “I’m not sure what happened with the saddle.

“I think the girth snapped or came undone – thank God we’ve got the overgirth and everything stayed in place.”

The Two Amigos trainer Nicky Martin said: “I’m so proud of him as he tried his heart out and one day he’ll win a big race – he was brilliant.”