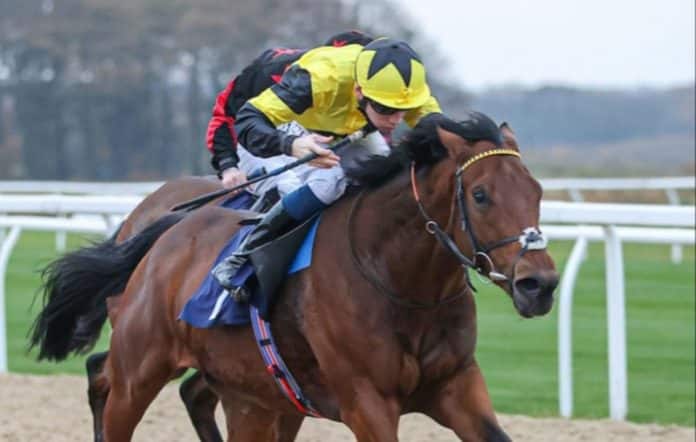 Final Voyage (7-2) trained by James Tate and ridden by Callum Shepherd completed a fromthehorsesmouth.info Boxing Day 22,200-1 accumulator – that returned £48,572 in a Canadian bet.

“It’s a such a shame to have to cancel the meeting as we’ve tried so hard to get the fixture on.

“We have just have one problem area in the back straight, where the old water jump used to be, but it’s on the chase and hurdle track and there’s no way around it.

“The rest of the track has took the 127mm of rain we’ve had in the past week very well, so it’s very frustrating for everyone involved.

“We will reschedule the meeting for January 9 and hopefully the weather will be nicer to us for then,” said Clerk of the course Libby O’Flaherty.

Wetherby passed a morning inspection on Sunday with the going heavy after 18mm of rain overnight.

Sunday’s meeting at Kempton Park has eased to soft, good to soft in places for the second day of the Christmas meeting.