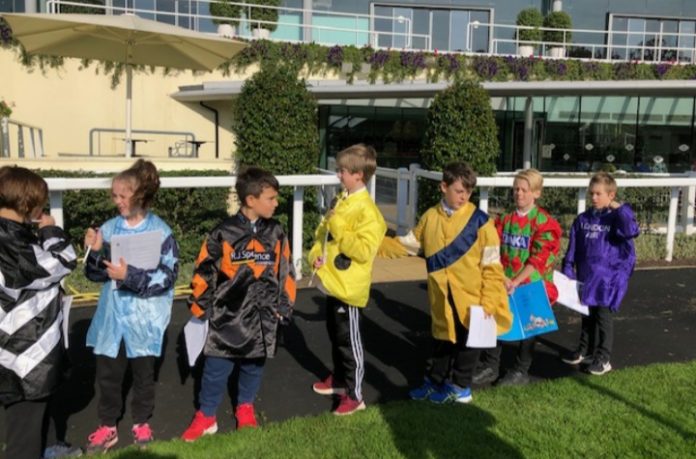 Ascot welcomed a group of youngsters as part of the Racing To School, a charity that inspires young minds, delivering free programmes and engaging young people in educational activities at racing venues.

Also Jockey Sean Levey has recently spoke about how racing can encourage more young people, from ethnic minority backgrounds, can get involved.

“It was great to welcome local schools to Ascot for a @RacingtoSchool educational day,” said a spokesperson from Ascot racecourse.

In 2001 the family moved to Tipperary, Ireland, where his parents worked at Ballydoyle for trainer Aidan O’Brien.

Sean rode out for O’Brien and spent a year on the pony racing circuit, prior to taking a six years apprenticeship, and went on to ride ‘pacemakers’ in Group 1 races including the Arc deTriomphe.

Now based in the UK, after moving to England in 2011, Levey rode 45 winners in Ireland, including a Group and three Listed races.

Levey was initially based with trainer David O’Meara in York, prior to joining Richard Hannon, near Marlborough, Wiltshire.

Levey rode Humphrey Bogart to fifth place in the 2016 Derby and rode his first Group 1 winner Biddelston Brook to victory in the 1000 Guineas in 2018.

“It felt great winning the race. I’d been working a long time to get to that moment in my career and I was glad when it came,” said Levey, also successful in two Group 1 races in 2019, including the Queen Elizabeth II Stakes on King Of Change at Ascot.