There are several card games from around the world that are perfect to play with friends but also gamble a little. Here are some of the most fun games of all.

3 Card Poker is a very modern game invented in the 90’s for the casinos. It was first pitched in the UK, but regulators had a skeptical eye on the game and suggested its inventor to test the waters in the USA first, where the game was first introduced in Mississippi and later on all around the world.

This is 100% a casino card game and is played against the house. To begin, a player places an ante wager and/or a pair plus wager, betting that they will have a hand, a pair or better. The dealer deals 3 cards face down to each player. The player considers his hand and places his wager, which has to equal their ante-wager.

Payouts in three card poker are determined by the hand. Straight Flush pays 40 to 1 for example for a pair plus payout. At certain casinos, players can win $100,000 or even 1 million if the dealer and player’s cards combine 9 through Ace in a royal suit of diamonds.

This game is originally from the United States in the 1800’s, but it is considered an Australian national game. The game can be played between 2 to 6 people, but the perfect number of players is 3, and betting here is almost a must.

This is a trick and bid card game, which is fairly simple. Each player considers the value of their hand and makes a bid on the number of tricks they can create with a particular suit.

The player, who wins the bid, must win the number of tricks he or she claimed. Each player is given 10 cards and to win a trick, you need to place the highest card down.

The game is easy to learn and players will soon begin thinking on strategies to gain an advantage. Fast paced betting.

This a French card game played ideally by 4 players. To begin, a player next to the dealer cuts the cards, or the winner of the last game does so.

Players make points by creating card sequences. Each card rank has a specific point value. The value of Jacks and Nines depends on if the suit is trump or not. Each player is given 5 cards, and the remaining cards in the deck will be facing down, except the card on the top. The round continues counter-clockwise which is player accepting or passing the card that is face-up. If every player decides to pass, a new round will be made. 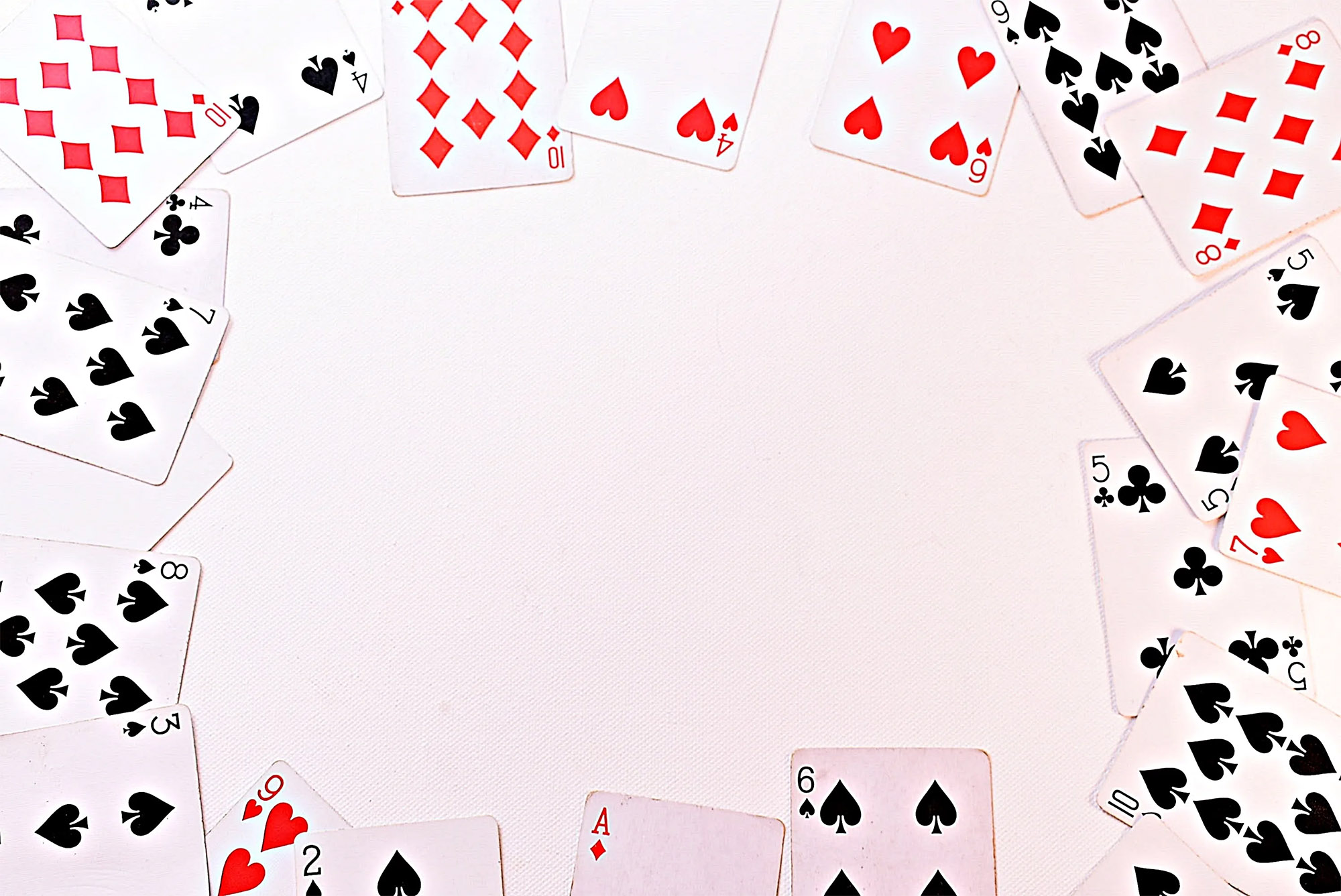 This is a family fast paced card game from England. Also known as Pounce or Nerts, it has a mix of Solitaire and Speed rules to it. Three to more players is best.

The players are given a full pack of cards and begin creating a game of Solitaire, by discarding cards into Aces in the middle of the table and can be used by any player. Whoever places the card first, can keep it there while the other player has to return their own if they weren’t fast enough. There are no turns, players play individually and build their solitaire as fast as they can with everyone’s cards. The Solitaire must be build from the Aces in suits up to King, and the then the Ace pile is dead.

The winner is whoever gets rid of all their cards, or keeps scores by adding the remaining cards in each hand. The one with the lowest score wins.

This is the only card game that English can play in pubs while being considered one of the most difficult card games to understand. The score is kept with small pegs, also known as spilikins. The goal is to score 121 points first and it is ideally played by two players.

One of the players will be the dealer who will cut the deck and deal 6 cards to each. The players give back 2 cards to form their “crib”. The game has several stages, the first of which is “Play”, were players lay down one card at a time with the goal of scoring 15 points first, by matching cards with pairs or runs until reaching 31. Once 31 is reached by a player, “Play” round begins again from 0 till 31. This process is repeated until the players run out of cards.

The next stage is “Show”. The players show their cards and add up points from card combinations totaling 15, runs, pairs or a flush. The “crib” can be used here as an extra hand for more points. After “Show” the dealer continues with the next player and the game continues until one player scores 121.

This card game has some elements similar to poker games.

These are just some of many fun games people can be play at home with their family. There are other fun activities to engage with online if you find yourself alone.

Irish Lotto Results, Plus 1 and Plus 2, Lottery Winning Raffle Numbers for Wednesday, 7 April, 2021