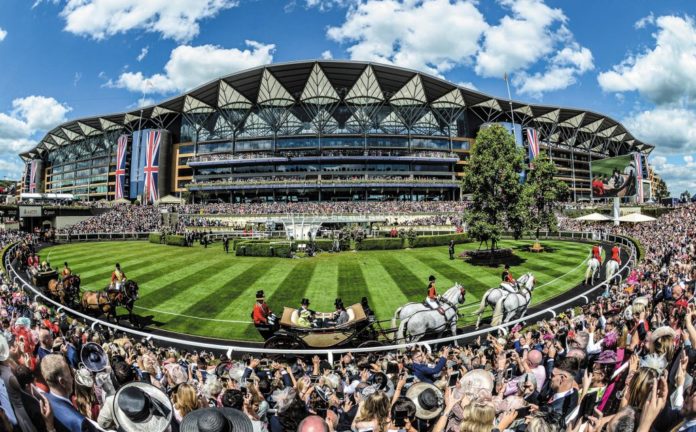 We’re trying to make the most of it – words of Nick Smith, Ascot’s spokesperson, ahead of Royal Ascot’s 2020 meeting. “It’s going to be different but we are trying to make sure there’s as much compensation as possible for not being able to attend,” said Smith.

The five day meeting that starts on June 16 will be staged behind closed doors, due to Covid-19, under government legislation of health and safety guidelines.

“The idea is to take as many people as we can through the Royal Ascot experience – from their homes,” said Smith.

Royalty, including The Queen and Prince Philip, and all owners of horses are among those banned from the track, amid racing’s strict protocols designed to minimise the risk of Covid transmission.

The Queen’s absence – of which her runners at the meeting include First Receiver on June 17 – will be the first time in her 68-year reign, that she has not been at Royal Ascot.

Ascot will forward personalised racecards to each owner, along with faux entry badges – stamped Royal Ascot at Home.

A live 360 degree camera has been installed in the Paddock, enabling owners to see horses’ final preparations.

Prize money has been cut by 50% at the meeting, due to the loss of financial revenue, with tens of thousands of spectators missing from flat racings showcase meeting.