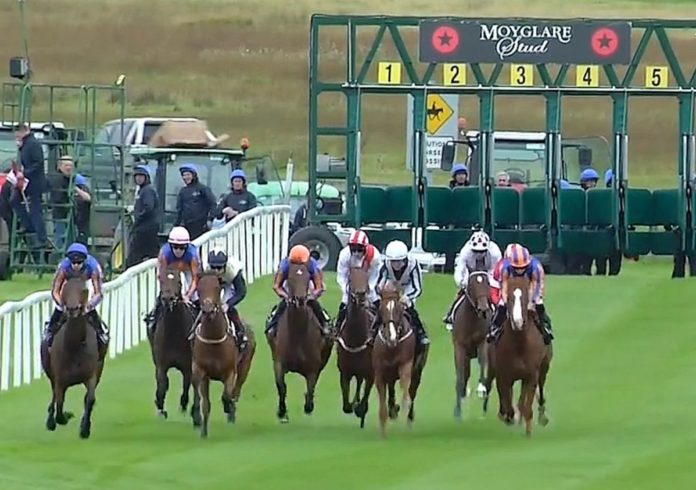 Love’s win – noted on June 5 having been backed from 20-1 – was Ballydoyle maestro O’Brien’s first Classic win of the new campaign on June 7.

Newcastle’s return to racing saw fromthehorsesmouth.info tip a 150-1 treble on June 1; with trebles at Newcastle and Newmarket on June 6.

Punters were given the heads up fromthehorsesmouth.info that O’Brien had entered one runner in Love, pulling out two other entries.

Love gained a four and a quarter-length success, ahead of Cloak Of Spirits, and jockey Moore said: “She was in control of the race a long way out.

“She won as she liked. She’s a very uncomplicated filly – we’ve always thought an awful lot of her.”

O’Brien said: “We knew the horses were well – but we did stop and start – so you have to be a little careful.

“When you back off them some horses thrive, some don’t and some need work – to make them thrive.

“It’s not as straightforward as usual and thanks to everyone we were delighted with them coming here.”

O’Brien’s first classic winner of the season comes amid the return of racing on June 1, following the coronavirus lockdown in mid-March.

Love has been clipped to win The Oaks at Epsom in July, slashed from 6-1 to 6-4 favourite: “We always thought the Oaks was going to suit her and the Guineas was the place to start off.

“The distance between the races should be perfect and we always thought Oaks would suit her,” said O’Brien.

Roger Charlton trained Quadrilateral lost her unbeaten record, finishing third: “She stayed on well, but just got a little tired in the closing stages.

“She could have probably done with a little more cover, but these races are being run from the front and nothing is coming from behind, so you have to be handy.

“I was happy enough with that. The track probably doesn’t play to her strengths. I don’t know what we will do going forward.

“I will talk to Prince Khalid first. I’d imagine she would stay further – but we won’t be rushing her.”

The post IT MUST BE ‘LOVE’ FOR AIDAN! appeared first on Horse Racing News and Tips.