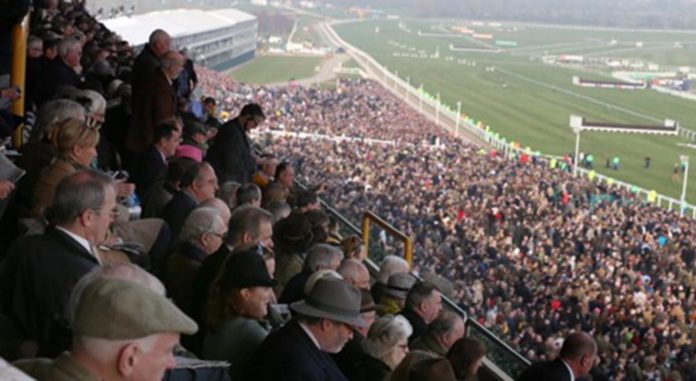 In a special report ANDREW  ATKINSON looks at the controversy of the running of the 2020 Cheltenham Festival which the UK government clarified (April 29) that no official review had been announced or confirmed, as to whether the Festival should have gone ahead.

UK Secretary of State for Health and Social Care Matt Hancock spoke about the controversial 2020 four day Cheltenham Festival, staged during March 10-13, prior to the coronavirus lockdown.

Following research, I found Coronavirus deaths in Gloucestershire was 163, with 1,021 confirmed cases of Covid-19 (April 24 figures).

He was Landlord of The Beehive, at Prestbury, near to the racecourse where 250,000 spectators attended the Cheltenham Festival meeting.

Alexander became ill and died in Cheltenham General Hospital’s intensive care unit, after being in isolation for a fortnight.

Anecdotal evidence is now recorded that the Cheltenham Festival has turned out to be where people contracted coronovirus.

Asked if it was a mistake to go-ahead with the Festival, Hancock said: “There will be a time for a review of that won’t there?

“And I’ve absolutely no doubt that the sort of review called for will happen and quite rightly – because we need to learn – in case there are future pandemics like this.”

Replying to calls from the public on a Cheltenham radio phone-in, Hancock said: “We followed the scientific advice, we were guided by that science.

“I think that broadly we took the right measures, at the right time. We were ahead of many countries in Europe, in terms of when we took the measures.

“And that’s what you have got to do in these circumstances, acting with imperfect information as we are, all the way through it and learning.”

Asked if there were any suggestions Cheltenham Festival be postponed, Hancock said: “The science at the time was quite clear and the scientific advice that we were getting was quite clear.

“That itself is a scientific debate, that no doubt will be discussed for many years to come.

“The reason that the scientists didn’t want us to move earlier is because once you go into lockdown, the resilience and people’s willingness to stay in lockdown and the economic consequences, mean there is only a certain amount of time that you can hold that in place.

“And, we are seeing that playing out now, with calls to come out of lockdown, even though it is too soon to do that safely.

“So we had to take that into account as well and that was the basis of the scientific advice we took at the time.”

The Jockey Club said they followed public health advice, and introduced additional hygiene measures during the Cheltenham Festival, a week prior to social distancing measures were introduced – and two weeks before lockdown in mid-March.

Coronavirus deaths in Gloucestershire was 163, with 1,021 confirmed cases of Covid-19 (April 24 figures).

Gloucestershire Hospitals NHS Foundation Trust revealed that 281 patients who had tested positive for COVID-19 have now been discharged (April 23 figures).

In a tribute to Alexander Grierson his family said: “He was the only landlord we know who would buy his punters a pint as soon as they came in the pub.

“His generosity was as big as his heart.

“Boyzie was loved by so many people, especially his family, and will be missed every single day.”

An Ordnance Survey data map shows the GL52 postcode, in which Cheltenham racecourse sits, has had most coronavirus hospital admissions in Gloucestershire, followed by GL51 which houses Cheltenham Spa rail station.

The post Calls to come out of lockdown are too soon – to do safely appeared first on Horse Racing News and Tips.