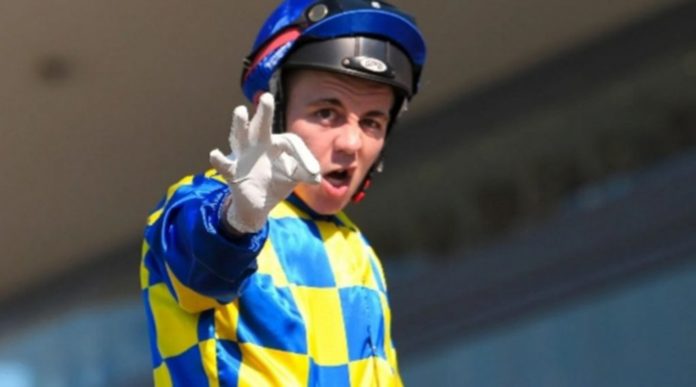 Jockey Luke Tarrant has been banned from racing for six months – after head-butting colleague Larry Cassidy during an altercation at Doomben, Australia on April 22.

Tarrant pleaded guilty to a charge after he was involved in a verbal confrontation with Cassidy at the Brisbane track, which resulted in the rider suffering an injury.

“Jockey L. Tarrant pleaded guilty to a charge under AR115(1)(a) in that he misconducted himself after being involved in a verbal altercation with jockey L. Cassidy in the vicinity of the scales area by head-butting jockey Cassidy, resulting in his helmet making contact with the nose of jockey Cassidy and causing jockey Cassidy an injury.

“In considering penalty, stewards took into account the significant contact to jockey Cassidy and also the breach of the COVID-19 social distancing protocols currently in place, and the potential for his actions to have an adverse effect on the racing industry,” said a Stewards spokesperson.

Tarrant has been reprimanded before, when stood down by Queensland stewards for an indefinite period, reportedly facing a criminal court on drug charges.

He was later cleared to return, under a strict set of conditions, and resumed racing at the Sunshine Coast and at Eagle Farm, the latter where he rode Fighting Teo, trained by Kevin Kemp, who is eyeing the Queensland Cup or Sunshine Cup with his stable star.