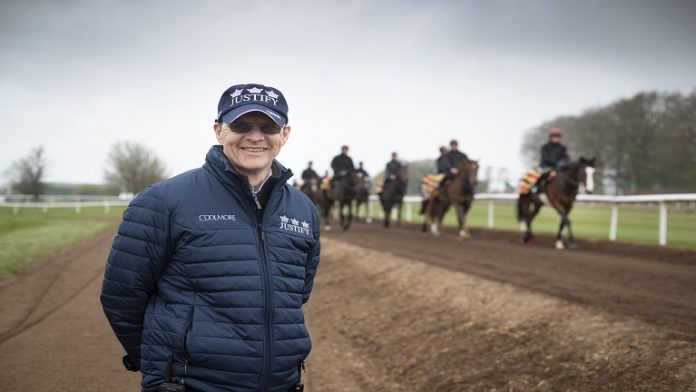 RACING in Ireland has followed suit of England and France on cancelling race meetings, due to the COVID-19 epidemic.

The Taoiseach Leo Varadkar announced that all sporting events were to be cancelled as of midnight on March 24 – until April 19.

The ban could be extended, as developments of the coronavirus situation arises.

“All sporting events are cancelled, including those held behind closed doors. These are unprecedented actions to respond to an unprecedented emergency,” said Varadkar.

“We’re in this for the long haul – it could go on for weeks, if not months – stay at home, if possible,” added Varadkar.

The turf Flat season went ahead at Naas on March 23, now in shutdown, mirroring NH and Flat race meetings in England and France.

Irish race meetings had gone ahead, behind closed doors since March 13, with Government protocol legislation in place. The final meeting was in Clonmel on March 24.

Ireland’s top trainer Aidan O’Brien aired his views, stating the most important thing is the ‘health and safety of everyone’.

Fairyhouse was due to celebrate the 150th anniversary of the Irish Grand National on Easter Monday, April 13.

“There will be major financial implications for Fairyhouse, as there will with all the other racecourses who have lost meetings during this time,” said Fairyhouse manager Peter Roe.

Trainers and jockeys, in both England, France and Ireland, are behind the decision to cancel race meetings.