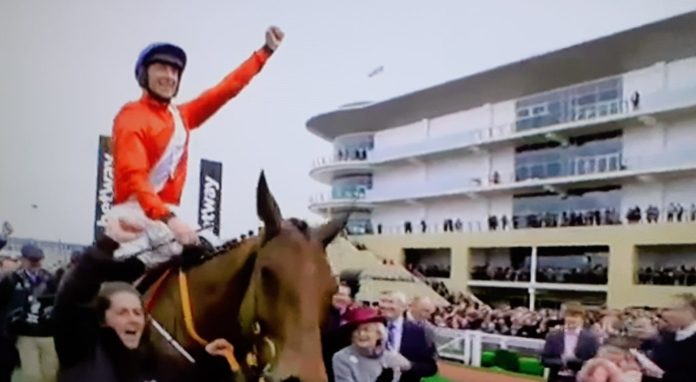 “I was nervous watching the race – wondering whether he would stay,” said Elliott.

“He stays and jumps and was bought to be a three-mile chaser. That’s what he’s going to be,” said Elliott.

After hitting the bookies on day 1 of the Festival on Tuesday’s opening day meeting with a 455-1 treble, Envoi Allen picked up the baton on day 2, getting off to another flying start after tip, Shishkin (6-1) won the opener on Tuesday.

Six-year-old Envoi Allen was backed in to 4-7 as the cash poured on – and out of the bookies satchels – deemed a ‘banker’ punt.