A Spanish town is in lockdown – due to the escalating cases of coronavirus as the disease spreads through the country.

Police have been deployed to lockdown entire blocks in Haro, just south of Bilbao in northern Spain, due to cases of coronavirus.

Those affected have been traced back to attending a funeral in the nearby Basque country last month.

Spain confirmed 430 cases of the coronavirus. With 60 cases reportedly originating amongst people – who attended the funeral service – in the Basque city of Vitoria-Gasteiz, according to Spain’s National Microbiology Centre.

Of the 60 cases, 39 are in the neighbouring La Rioja region, according to local government, with the majority concentrated in the towns of Haro and Casalarreina.

An additional 25 cases are reportedly to have been confirmed in the Basque country.

At a press conference on Saturday, March 7, the regional health minister and the central government’s representative in La Rioja said the situation called for exceptional measures and robust action in a bid to halt the spread of the coronavirus. 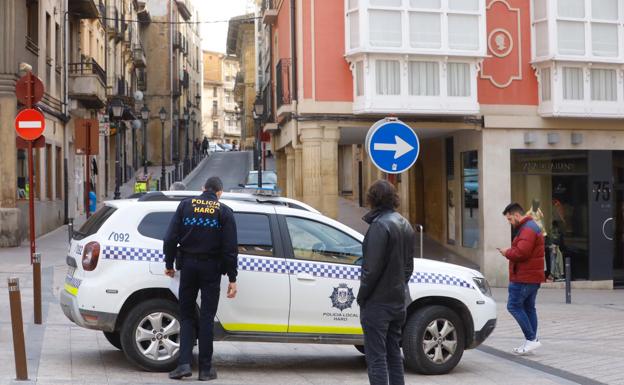 Six people in the region are being treated in hospital. The authorities said police would be reinforcing home isolation controls in Haro and limiting access to the town’s health centre.

In a statement, the regional health department said officers from the national police force and the Guardia Civil were being deployed to guarantee the correct observance of home isolation.

A call for the cancellation of events in enclosed spaces and urging people to stay at home and contact the authorities – if they are suspected of contacting the virus – has been made.

“Following the principle of precaution that the department is obliged to abide by, we need to take exceptional measures designed to stop the transmission of the illness between citizens who are not following the advice of the health authorities,” said the regional health minister, Sara Alba.

“We are talking to the national health ministry about the situation in Haro.  We’ve agreed the measures we have taken up to now and are prepared for future scenarios,” she said.

Fernando Simón, the head of Spain’s centre for health emergencies, described the outbreak in La Rioja as a worrying situation – that required ‘drastic’ – but necessary measures.

“We’re talking about quarantining whole blocks in a small neighbourhood.

“The situation is ongoing and we don’t know where they are with the measures at the moment,” said Fernando Simon.

A prison employee in Aranjuez, 50km south of Madrid, has also tested positive for the coronavirus.

Ten people are reported to have died from the virus in Spain.

The virus has prompted Barcelona City Council to postpone the Catalan capital’s marathon, due to take place on March 15, now scheduled for October 25.