The passage of the Storm “Gloria” bringing with it snow, rain, gale force winds, and one of the strongest maritime storms of recent years has caused major damage along the coastal strip (walks and beaches), which supports a sea ​​level rise of up to half a meter (50 centimeters) on most beaches and coves as municipalities race against the clock to get ready for next April, Holy Week, the first great “holiday” of sun and sandy beaches of the year.

The damages caused will cost many millions to repair on the coastline of the Marina Alta -Xàbia, Calp, Dénia and Benissa- and on Tuesday the Government’s subdelegate, Araceli Poblador, announced that the magnitude of the disaster has already caused him to approach the Ministry of Ecological Transition (Coasts) for their urgent action. 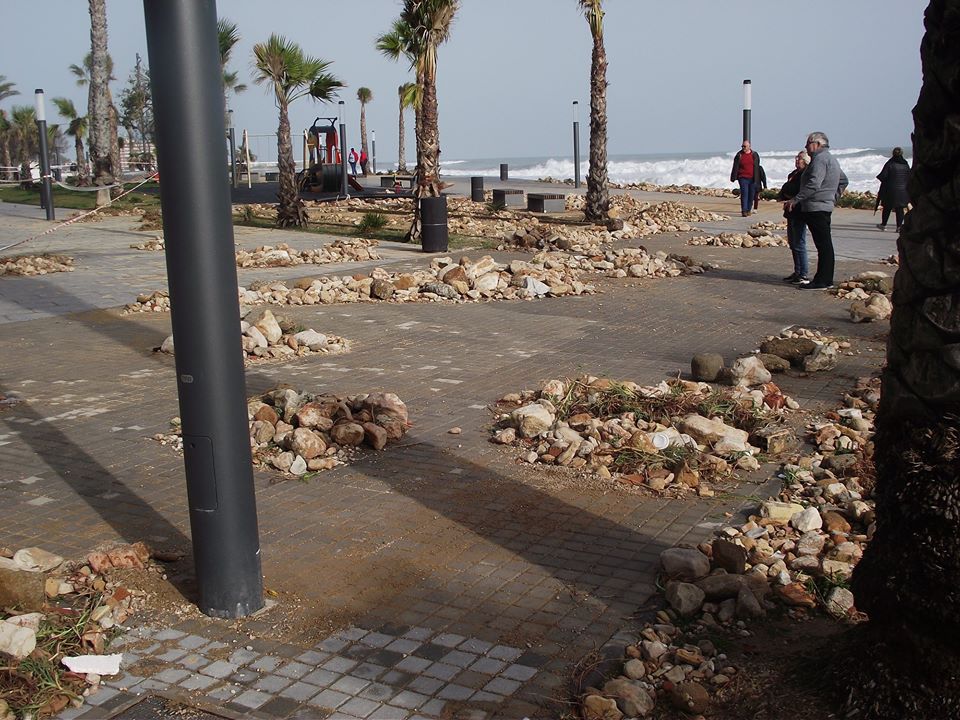 The Minister of Public Administration, Gabriela Bravo, said that municipalities affected by the storm have 45 days to ask the Generalitat for help to repair the damage. As a short term measure the Diputación has made available an urgent grant of 200,000 euros to help repair roads in municipalities with fewer than 5,000 inhabitants.

In Alicante the Postiguet beach was closed due to a diesel spill thought to come from the sea pushed in by the waves while on the beaches of El Pinet and Arenales del Sol (both in Elche) damage is still being evaluated.

Benidorm’s Levante beach has been engulfed by water in the Torrejó area. Nuria Montes, the general secretary of Hosbec, said that “fortunately the storm has been in the winter low season.” From the experience of other storms, the beaches of Benidorm usually cope reasonably well and although the sand has been trashed, in fifteen days everything will return to normal.

“Gloria” has left snow and rainfall of up to 600 litres per square metre in the Marina Alta, as well as an increase in sea level of as much as 50 centimetres, destroying beaches like the Alicante beach of Postiguet. 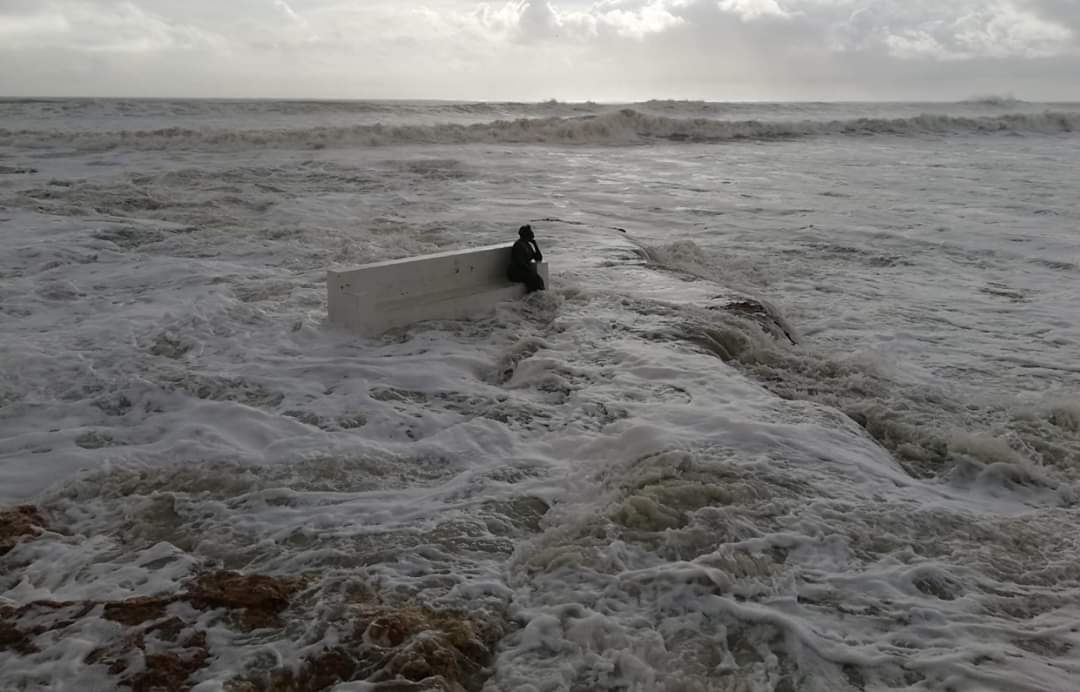 In Alicante, the surfer’s statue, next to las Escaleras de la Reina (the Stairs of the Queen), on the promenade of the Port of Alicante, has suffered the effects of the rising tide with waves exceeding two and a half metres, according to the Port Authority.

The strong swell has also destroyed a good part of the beaches of El Altet, Carabassí, El Pinet, La Marina (where water flooded many frontline homes last Monday) and El Rebollo. The City Council of Elche is waiting for the storm to subside so that it can get an approximate idea of ​​the damage

David Gras, a researcher at the Institute of Coastal Ecology, explained that “it is normal that when there are low pressures, (less wind pressure on the sea), the tides rise suddenly as we have seen during this storm. The Mediterranean is not the Atlantic or the Cantabrian, but it also has tides, although they are smaller. In summer, or during anticyclones dominated by high pressures, the sea rises much less because the wind prevents it.”

In Torrevieja, beaches at La Mata, El Cura and Cala Piteras have lost much of their sand, taken by the sea. Many coastal walks have been damaged, such as that of Punta Margalla, which opened last summer, now covered by rocks and stones thrown up by the strong waves.

There is also damage to the Juan Aparicio promenade, next to the monument of the Man of the Sea. Access ramps and wooden steps to the beaches have become unusable, as well as litter bins and foot spa’s, which will have to be replaced. In la Curva del Palangre the waves lifted a walkway that ended up lying on the the road. Although the damages are still being quantified, the first estimates are put at more than half a million euros.

The storm also bullied the coast of Orihuela where all the beaches have been affected, including La Caleta, the most sheltered, and one that is rarely damaged. The sand has disappeared on all beaches. On the beach of La Glea, in Campoamor, the situation has deteriorated even more than is usual.

The rambla del río Nacimiento, which flows onto the beach, once again left images similar to those of the September DANA, with a torrent of water reaching into the sea. The damage to the promenade and the road that were caused during September’s Gota Fria have still not been repaired, which prevented further damage to the area.

The force of the waves also caused significant damage on the promenade between Cabo Roig and Cala Capitán in Orihuela Costa where even more sections of the walkway have subsided down into the sea.

In Pilar de la Horadada, at El Mojón, the promenade balustrade been smashed. On the beach of Las Higuericas, the water reached the sand dunes, causing the destruction of the beach and the sand. On Las Villas beach, the storm affected the frontline homes, destroying access to some of the properties. On las playas del Puerto y del Conde, the walkways and access to the beach were affected, so that pedestrian access was completely closed.

However, at least Aena was able to resume operations on Tuesday at Alicante-Elche Airport with 170 scheduled flights (28,000 passengers). The company has closed the part of the terminal under the fire damaged, which does not affect passenger traffic, only airport workers and some companies, which have been relocated. The VIP room and some toilets and shops are closed. A team of engineers is now looking for solutions to repair and seal the roof and the Judicial Police continue with their investigation into the causes.