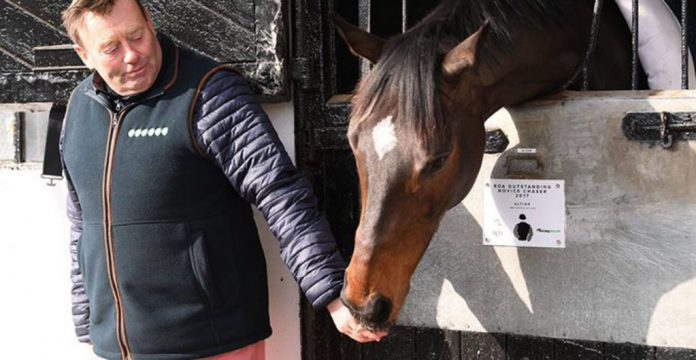 NICKY Henderson could bring the curtain down on the bookies at Sandown Park on Saturday – with Palladium (12.15) – with Nico De Boinville in the saddle.

Palladium, overdue a win, having been runner-up three times, and third twice in seven outings, is tipped to land the Unibet Casino Juvenile Hurdle over 1m 7f.

Henderson and De Boinville link up on Gunnery (3.35) tipped to blow a bigger hole in the bookies satchels in the Unibet Blog Handicap Hurdle, over 1m 7f.

AT WINCANTON Molineux (2.05) trained by Colin Tizzard and ridden by Jonjo O’Neill jnr, is selected each-way in the Class 3 BoyleSport Handicap Chase, over 1m 7f.

Course winner Molineux last won at Wincanton in January 2019, over 2m 4f in Class 3 company, having been in Class 1 company at Aintree in April last year.

Chris Gordon trained Itsonlyrocknroll (12.30) with James Bowen up, is tipped each-way in the opening race at the Somerset track.

Albert’s Back at Newcastle

MICK Easterby trained Albert’s Back is tipped to land the Spa at Ramside Novices Chase over 2 miles at Newcastle, with Brian Hughes up.

The post Henderson to bring curtain down with Palladium appeared first on Horse Racing News and Tips.