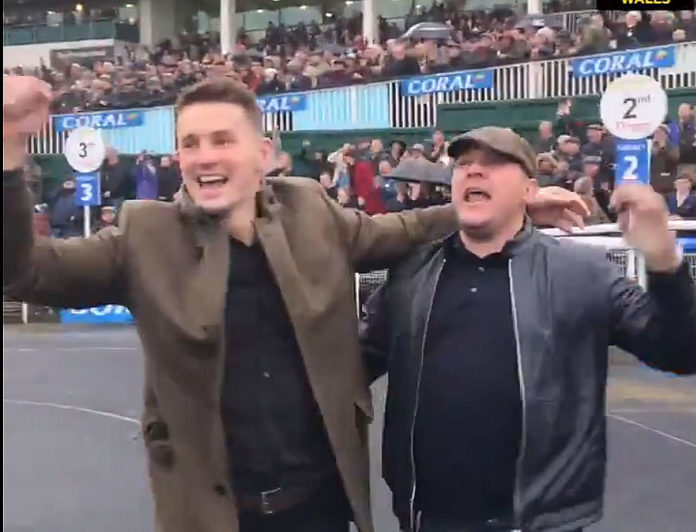 Rugby star Davies was at Chepstow, as he recuperates after undergoing surgery, having sustained injury at the Rugby World Cup.

Wales beat Ireland 25-7 on March 16, and as Davies paraded silverware at Cardiff’s Principality Stadium, he learned Potters Corner had won the Midlands Grand National at Uttoxeter.

“I found out Potters Corner had won the Midlands National on the pitch – celebrating the Grand Slam,” said Davies.

“I remember jumping up and down – everyone thought about the Grand Slam – but that moment was all about the Midlands National,” said Davies.

Davies, who has played in the last six British & Irish Lions Tests, said: “Potters Corner ran on the same days as both the England and Ireland Six Nations games this year.

“Ahead of the England game I was watching the race as I went down for the team meeting. I had to turn it off to concentrate.”

Davies faces a six month spell on the sidelines, after injury to his left knee, suffered against Fiji.

Davies who missed the quarter-final against France, returned for the semi-final against South Africa and the third-place play-off against New Zealand.

Centre Davies wore heavy strapping for the latter two games, prior to knowledge that the injury sustained was serious.

Jockey Tudor said: “Potters Corner was class. Electric. At one stage we were cantering. He stayed on and is tough as old boots.”