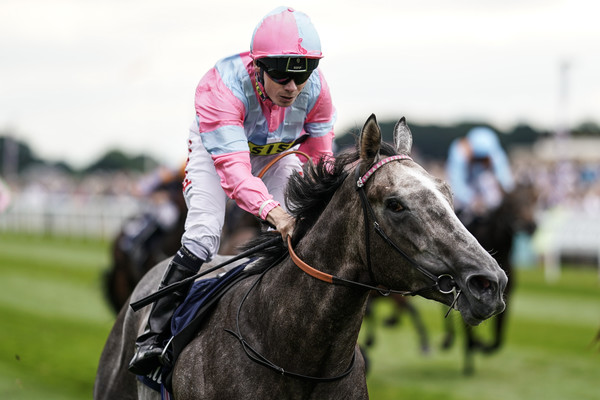 Phoenix Of Spain and Too Darn Hot go head-to-head in the Group 1 Qatar Sussex Stakes over a mile at Goodwood, the former beating Too Darn Hot in the Irish 2,000 Guineas.

Phoenix Of Spain, trained  by Charlie Hills, finished behind Group 1 winner Too Darn Hot, trained  by John Gosden, in the St James’s Palace Stakes at Royal Ascot last time out.

“Too Darn Hot is a very, very quick horse – we stupidly tried to stretch him out off a severely interrupted preparation – after missing the Guineas,” confessed Gosden.

“I think we have him back in the right place. The Sussex Stakes is a lovely race – but you hope not to be drawn too high over a mile at Goodwood,” said Gosden.

“Too Darn Hot’s enthusiasm was always there – but he lost a lot of time. He was only walking for three weeks, went to the Dante, and was never going to stay that trip. “The panicky rush to Ireland was not wise. He’s an extremely fast horse – with bundles of natural speed,” said Gosden.

Hills says that tactics will play a big role when Phoenix Of Spain, priced at 7-1, and Too Darn Hot, 5-4 favourite, clash at the Goodwood Festival on July 31.

“Too Darn Hot is a horse with a lot of speed. I think we will see on the day which tactics to use – we wouldn’t want a slow pace,” said Hills.

“We’ve had a good chance to freshen up Phoenix Of Spain – and I think Goodwood could be a good place for him,” said Hills.

Phoenix Of Spain’s defeat at Royal Ascot came on soft ground, and Hills said: “He was travelling well, and thought he was going to pick up – and go away – but probably floundered in that ground.

“Conditions for that race were horrible, being loose on top, and he didn’t handle that surface. All his best performances have been on fast ground – that is what he needs.”

Aidan O’Brien trained *Circus Maximus has to be supplemented by the Ballydoyle based Irish stables.

*Andrew Atkinson will be judging the Best Dressed Lady competition at Silverstones Restaurant,  Algorfa, on Ladies Day at Glorious Goodwood on August 1. Tips, interviews and latest betting will be available on fromthehorsesmouth.tips

The post Phoenix Of Spain and Too Darn Hot head-to-head in Group 1 at Goodwood appeared first on Horse Racing News and Tips.