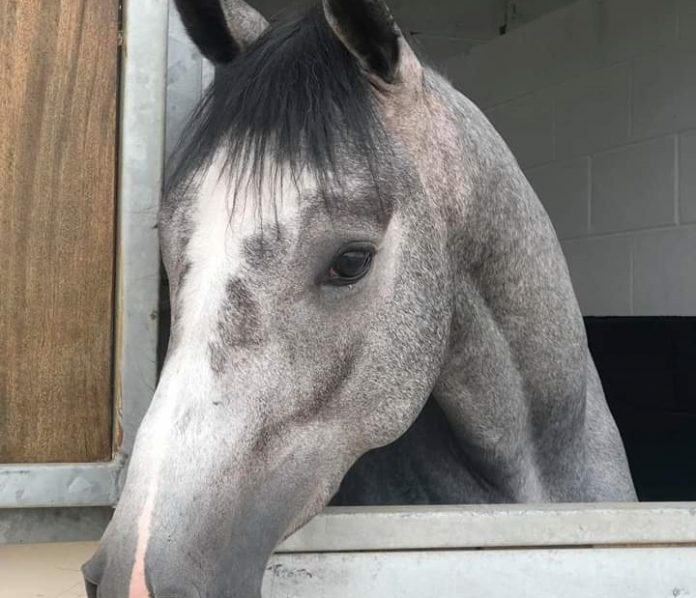 “Meet the new boy Spanish Moon – isn’t he just stunning,” Philip, who trains horses on both the Flat and National Hunt meetings, told me.

“Spanish Moon, a two year old Colt, bought in the sales in France on July 2, is a National Hunt prospect,” said Philip, based at East Appleton, where the stables are set in 100 acres.

Philip, who trains with his wife Pippa and a dozen members of staff, is primarily a jump trainer, whose stable star Lady Buttons, has run at big NH meetings Cheltenham and Aintree, winning a plethora of races during the last year.

“We are looking forward to what we hope will be another significant National Hunt winter for us, after our best ever season in 2018-19,” said Philip, who took out a trainer’s licence in 2006.

The post Philip is over the Moon! appeared first on Horse Racing News and Tips.