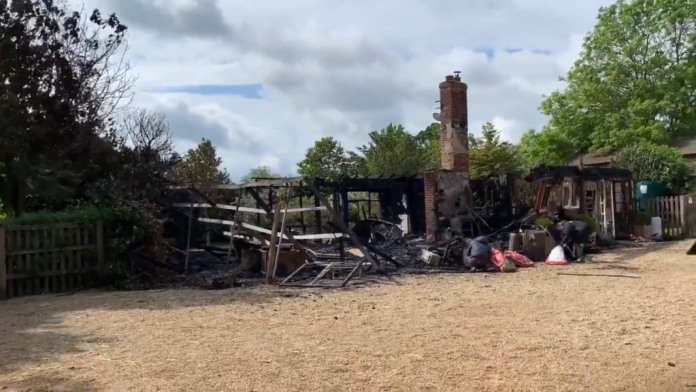 Jamie Osborne’s racing stables staff houses are set to be rebuilt after a fire destroyed buildings at his yard in Upper Lambourn, Berkshire.

Nobody sustained injury in the incident. And all horses stabled are fine: “It is a relief that nobody was hurt.

“We managed to get all horses and animals safely out of the danger – following a huge team effort,” said Osborne.

Osborne, who saddled a winner on Saturday, is set to saddle horses at the Royal Ascot meeting, that gets underway on June 18.

Osborne, formerly a National Hunt jockey for 16 years, has saddled six winners at Royal Ascot since taking out a trainer’s licence.

The Royal Berkshire Fire and Rescue Service crew attended the fire, of which the cause has yet to be identified.