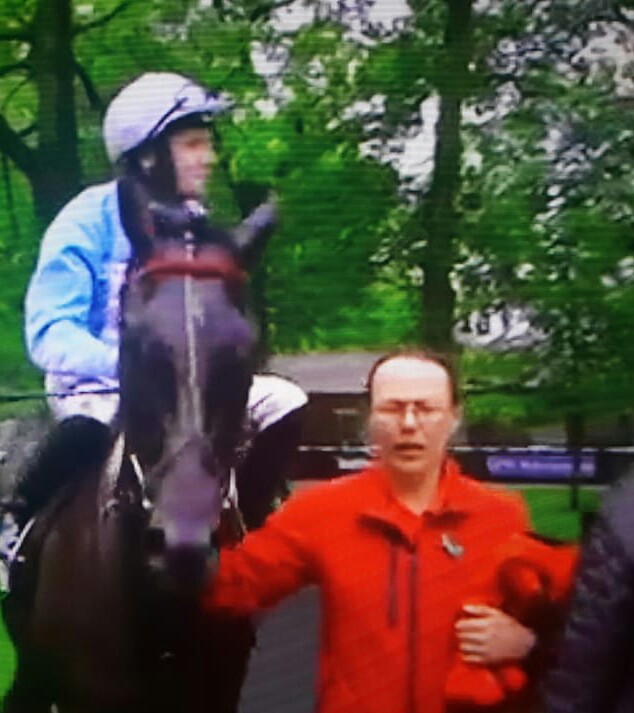 Maid In India – tipped by fromthehorsesmouth.tips – was backed down from 16-1 to 8-1 in winning Haydock Park’s Betway Achilles Stakes Listed race over 5 furlongs on Saturday, a career best display.

“She is a good filly. The ground helped, although I was a bit worried it could be too heavy,” said trainer Eric Alston.

Maid In India could now be heading for Royal Ascot – that gets underway on June 18: “She is entered in the Wokingham at Royal Ascot – with a penalty,” said Preston, Longton based trainer Eric.

“An option is a Listed race at Ayr, of which she is entered. It’s down to the owners if they want to go to Royal Ascot,” said Eric.

Eric added: “She’s won over six furlongs – but her best form is over five furlongs.”

Jublilant jockey Tom Eaves said: “It was very impressive by her, considering the conditions – Eric had said she was in great form.

“Whether we go to Royal Ascot? Eric and the owners will decide the plan as to where she goes. Today is a great day for everyone.”

Eric, featured in fromthehorsesmouth.tips Trainers gallery, watched Maid In India ping out of the stalls, to make all, running on inside the final furlong, ahead of Lady France (20-1) and Tarbosh (7-2) to win.

Eric, based at Edges Farm Stables, where he has under 20 horses in training, revealed: “Maid In India had implants in her eyes – but they stopped working – and her eyes blew up.”

It was Maid In India’s first run in 210 days: “She has won first time out in all her races. Maid In India is a horse we’ve always rated,” said Eric.