The Pilar de la Horadada Council has written to members of the local agricultural sector, particularly those who grow in greenhouses and under plastic, asking them to take measures to eliminate all plastic waste from the buildings and surrounds due to the high risk of torrential rains.

In Pilar de la Horadada 500 hectares are covered in greenhouses, 90% devoted to the production of peppers for export. The rest are mainly dedicated to floriculture.

It is an area of ​​intensive cultivation that extends south into San Javier and San Pedro del Pinatar (Murcia).

A greenhouse agricultural facility would usually require a minimum of 250 grams of plastic per square metre – it depends on the temperature conditions required inside the terraces. The material deteriorates over time and is usually renewed every three years.

The maintenance is carried out between September and November, a procedure that often leaves remnants of irrigation pipes and many plastic containers on, and by the sides of the roads. Hence the replacement of plastics and cleaning of terraces coincides with the period during which there is the greatest risk of torrential rains. 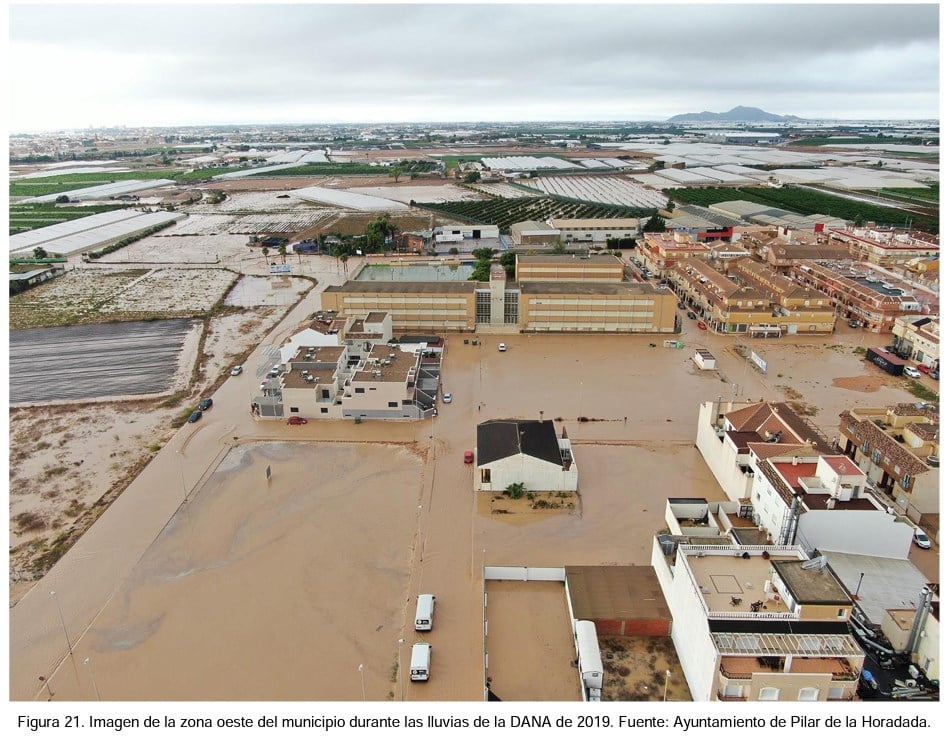 The waste plastic subsequently ends up in the rainwater channels or the drains and during periods of heavy rain, as experienced during the 2019 DANA, it can regularly block the waterways causing much of the flooding that the region sees on an all too regular basis.

The mayor, José María Pérez, mayor, who, until he took office in 2019, was a floriculturist, said that most, but not all, of the waste is removed, and that farmers need to pay more attention to this aspect of their business, so that waste does not accumulate in rainwater evacuation areas with a double objective: avoiding the obstruction of the rainwater outlets, valleys, ravines and boulevards, and also preventing the plastic from ending up in the sea, as a pollutant.