This Friday, for the fifth day in a row, thousands of tiny fingerlings have been washed up onto the beaches of the Mar Menor forcing the closure of eight of them, in order to allow the access of heavy machinery and the clearing work of municipal staff to take place.

The sad images of the last week or so are again repeated in the Mar Menor, for the fifth consecutive day, as the carcasses of thousands of small fish were found again on several beaches in area.

It seems as though the forecast of the Association of Southeast Naturalists (ANSE) and WWF is being fulfilled, as they warned on Thursday of the likelihood of many more deaths in the coming days. Ecologists said that “the causes that have generated the problem have not been adequately studied, although the Mar Menor continues to receive large amounts of nitrate-laden drainage water from intensive field crops that surround Europes largest saltwater lagoon.”

The phenomenon began last Monday, since when the indignation and repulsion of both residents and tourists has only increased, quickly becoming the focus of attention on television and social networks nationwide.

The mortality has already spread, according to environmental organizations, to a large part of the Mar Menor, forcing the Community’s cleaning services to be used to remove thousands of specimens of different marine species.

The main affected areas are Los Alemanes beach, Cavanna beach, Cala del Pino and Cala del Sujeto, Islas Menores, Los Nietos, Los Urrutias, all of them in the municipality of Cartagena, and the beach near the Souk, in San Javier. 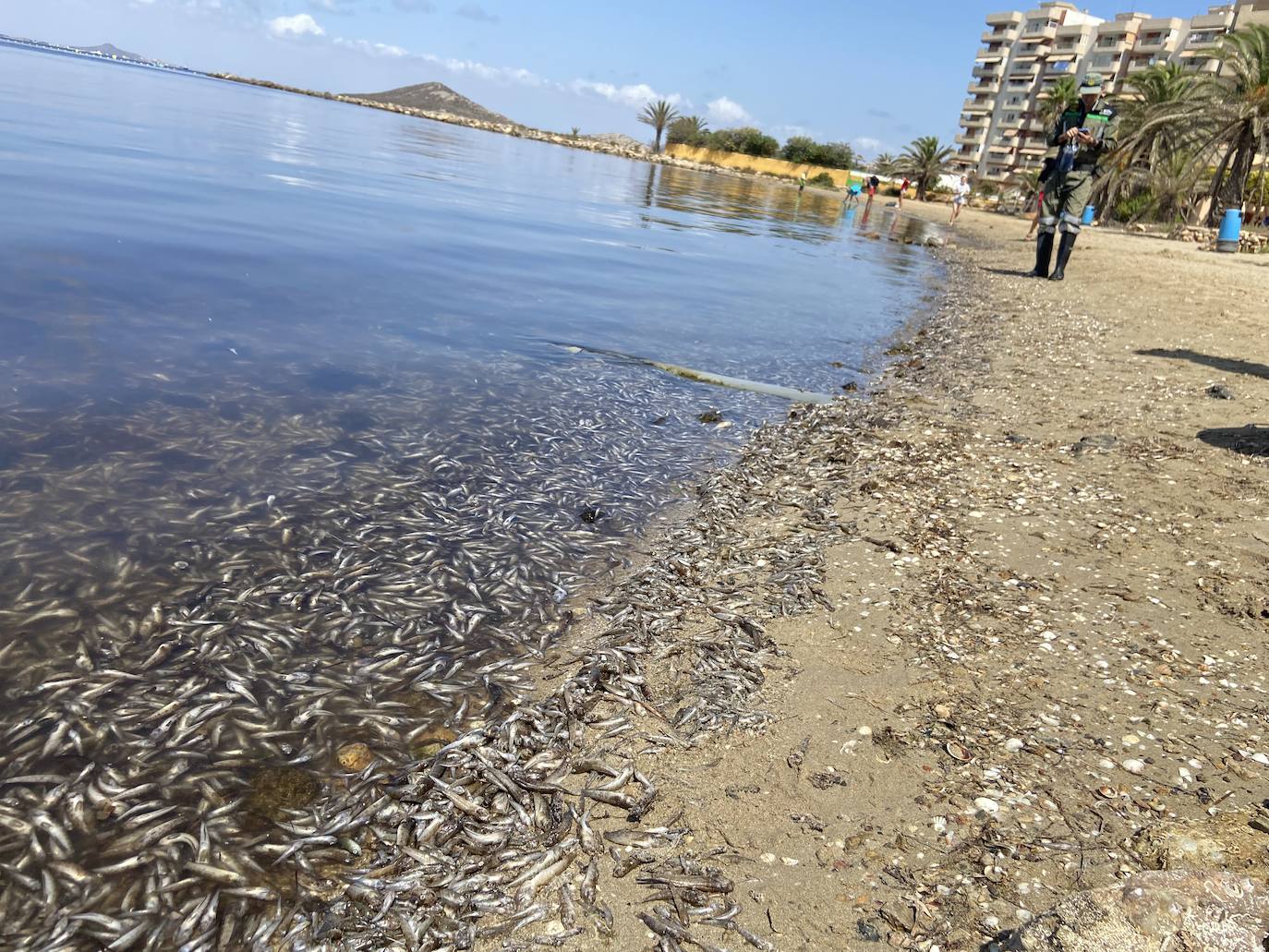 The Nature Protection Service (Seprona) of the Civil Guard has collected samples at various points in the lagoon and is investigating the incident. While the scientific analyses also progress, in the hope of an in-depth diagnosis, the regional government demanded that the Secretary of State for the Environment urgently develops “a protocol to deal with a possible episode of anoxia in the Mar Menor.”

The oxygenation of the waters of the lagoon would be a temporary ‘patch’, according to Ángel Pérez Ruzafa, professor of Ecology at the University of Murcia, although he added that the measure would involve a “huge effort that will only solve the problem for a very limited period.”