For this second pre-season warm up match, Thader manager Raul Mora elected to start with a mixture of established and new signings.  Raul Murcia Imperial are basically their ‘B’ team, playing in Murcia region of division 3, which is one step up from Thader.

A surprisingly sparse crowd inside Moi Gomez stadium, Rojales, were still basking in glorious hot sunshine by the time both teams took the field last Saturday evening.  Included in Thader’s starting 11 were keeper Jesus from Callosa, ex Santa Pola duo Pascual and Josan, Rosquin from Kelme, plus Jony from Murada.

It took precisely 7 mins for Thader to open the scoring, and there’s no prizes for guessing who got the goal.  Last season’s leading goalscorer Quino, rose high to head a corner firmly into the back of the net, getting the big man off the mark.

Ten minutes later, Imperial thought they’d snatched an equalizer, but as would be a regular feature, an offside flag came to Thader’s rescue.  Jesus saved well from a point blank shot midway through the 1st half, in which the visitors finished the stronger of the 2 teams. 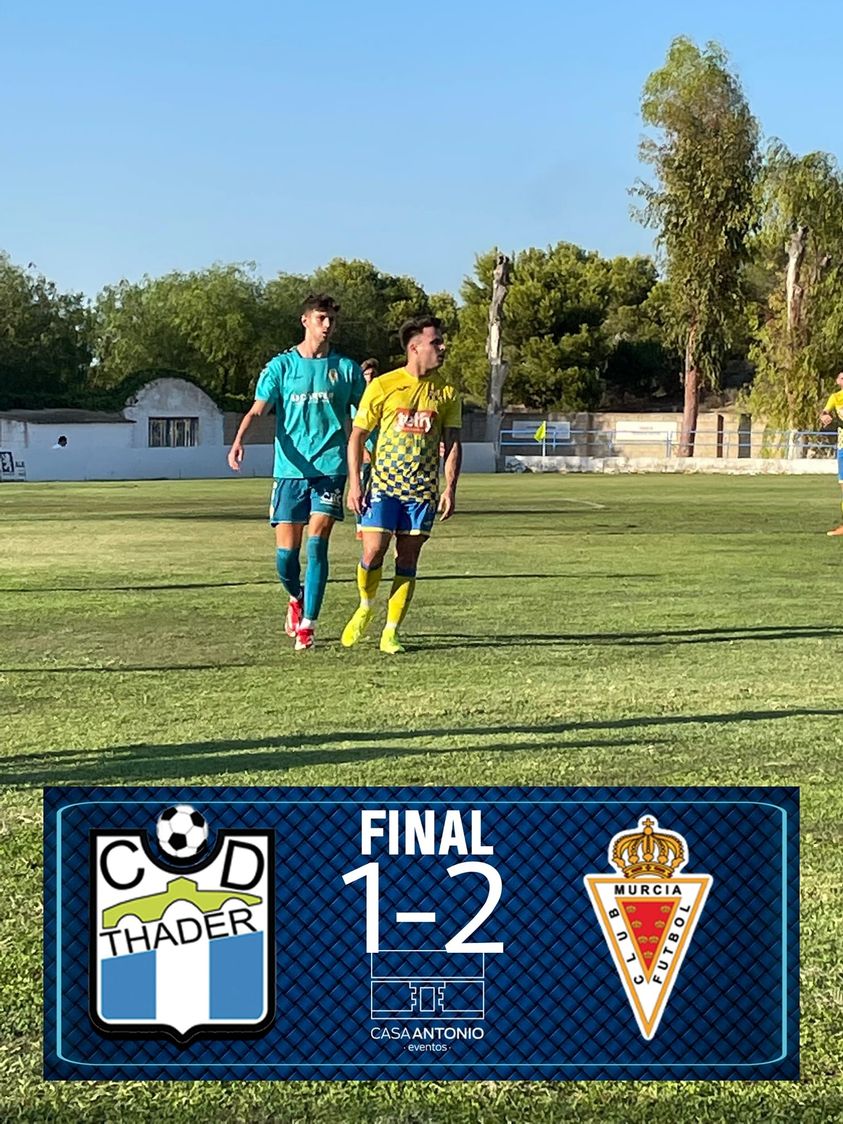 Imperial made wholesale changes from the start of the 2nd period, whilst Thader chose to introduce 1 or 2 at different stages – one of which was a change of keeper (Chema from Orihuela ‘B’).  Parity was restored on 57 mins, when a well worked move resulted in a shot from an acute angle squeezing between near post and Chema.

Following a debatable free kick just inside Thader’s half, a quickly taken kick caught the defence off guard, allowing Imperial to go ahead through a headed goal.  Although the hosts came close with a lobbed effort, which just evaded the cross bar on 81 mins, Imperial probably deserved their narrow victory on the night.

On Wednesday 11 August (ko time expected to be 7.30 or 8.00 pm, but check Thader facebook page for confirmation), there will be another friendly match at Moi Gomez stadium, this time against newly promoted Callosa.