Europa League Cup winner Gomez, mobbed by fans, said: “I thank the fans for their love and support.” 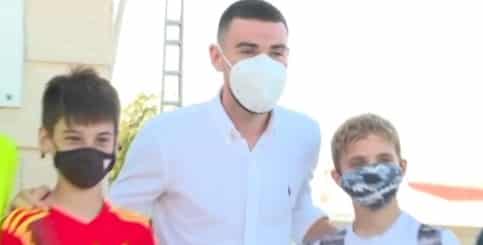 Gomez joined Villarreal in a move from Alicante CF in 2010, joining Sporting Gijon in 2016, returning to Villarreal in 2019, signed autographs and was presented with a trophy by the Rojales Ayuntamiento: “I am very proud,” said Gomez.