The mayors of Torrevieja and Orihuela, Eduardo Dolón and Emilio Bascuñana respectively, held a telematic meeting with the Minister of Territorial Policy, Public Works and Mobility, Arcadi España, to promote the project of the ‘Orihuela-Torrevieja / Orihuela Costa Railway Route’, prepared by the Department of Civil Engineering of the UA.

At the meeting, the mayors of the two main towns in the region have expressed the importance for the economic and tourist development of this project, which will link the Intermodal and high-speed station of Orihuela with the area from the coast with Torrevieja / Orihuela Costa and that will serve not only these two municipalities but also the entire coastline of Guardamar, Pilar de la Horadada and even the north of the Murcia region such as San Pedro del Pinatar and San Javier.

The cost of the project is estimated at 277.6 million euro, the amount of which is divided into infrastructure, superstructure, expropriations and Bigastro-Jacarilla, San Miguel and Torrevieja-Orihuela Costa stations.

The mayor of Orihuela, Emilio Bascuñana, accompanied by the councillors of Tourism and Agriculture, Mariola Rocamora and Víctor Valverde respectively, announced the campaign that has been prepared for the ‘International Flower Expo’ to be held in Shanghai, from 21 from May to July 2, and where Orihuela will represent Spain.

Valverde explained that the final touches are already being made to what will be both the Orihuela pavilion and the marketing and dissemination campaign. “We will have 500m² in a pavilion, designed by the Oriolana company ‘Disena Studio’, where we will see what Orihuela is surrounded by gardens because there is always flower in our fruit, vegetable and vegetable crops.

We know that Chinese tourists are ‘fanatics’ of heritage and just as they go from Madrid to Segovia, Salamanca or Toledo they can come to our city to take advantage of the heritage potential that Orihuela has. It must be remembered that the cost of the stand construction and assembly is borne by the organisation and Orihuela does not spend a single euro”.

The Minister of Education, Culture and Sports, Vicent Marzà, has visited the Vega Baja to see first-hand various projects related to the areas managed by his department, such as the consolidation and enhancement of the remains of the Phoenician site of La Fonteta and the Rábita Califal de Guardamar del Segura, the construction works of educational centers in Pilar de la Horadada and the social integration initiatives of the Orihuela Deportiva Popular Soccer Club.

The Municipal Theatre in Torrevieja will host the play “La Fiesta del Chivo” tomorrow, Friday, May 14 at 8:30 p.m., a masterpiece by the Nobel Prize in Literature, Mario Vargas Llosa, starring Juan Echanovea. The ticket price is 15 euro. 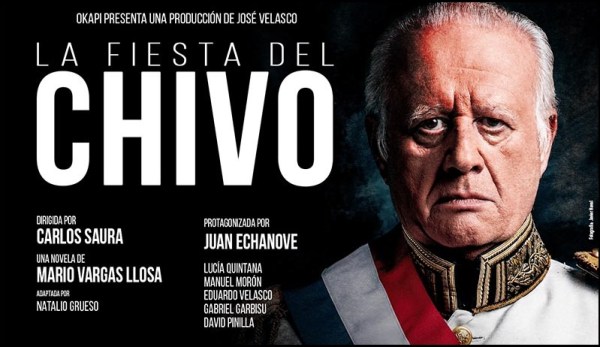 Alicante-Elche Miguel Hernández airport has launched a new intelligent system to save energy in one of the most unique facilities in the airport complex: the Automated Baggage Handling System (SATE). The installation of new software, with more advanced technology and greater benefits, will allow a saving of close to 1 million Kwh per year according to the estimates, the equivalent to the average energy consumption of 293 Spanish homes a year.

Local, national, regional police and the Guardia Civil will form the reinforcement team that will monitor the coast of the province this weekend, the first without a state of alarm and in which the arrival of some 200,000 tourists from other areas of Spain is expected.

The Generalitat Valenciana has conveyed its congratulations to Pilar de la Horadada council after the FEE has decided to grant the distinctive Blue Flag once again to six beaches in the municipality: Mil Palmeras, Jesuitas, del Conde, Puerto, Calas de Rocamar and Higuericas.

The city of Valencia registered a maximum temperature of 27ºC on Wednesday, the highest so far in 2021 and exceeding the 26ºC that the capital of Turia reached on January 29, as highlighted by the State Meteorological Agency (Aemet).

The Guardia Civil of Alicante has dismantled a criminal group of Lithuanian origin made up of six people dedicated to the cultivation and trafficking of marijuana. Settled on the Valencian coast, they had three large plantations in the towns of El Campello, la Nucia and Benidorm.

The twenty-fifth edition of the Vuelta Ciclista starts from May 28 to 30 in the province of Alicante. The competition is made up, for yet another year, of three stages that will cover a large part of the provincial geography. The cycle race begins on May 28 in the town of San Vicente del Raspeig and will conclude on May 30 in El Campello.