Local Freemasonry, in general, has not had a good year. Virtually all of our meetings have had to be cancelled, along with our usual social events and our many charity events.

Oliva La Safor Lodge however, has had an even worse year. Not only has it been closed down, along with the rest of Spanish Masonry, but, after only being able to have three physical meetings, our newly installed Worshipful Master, WBro. Colin Williams passed away shortly before Christmas.

Following a number of virtual meetings, held over the Internet, it was decided that, in Colin’s name, Oliva La Safor Lodge would make a charity donation of eight hundred euros to some of the neediest people in the area.

Four hundred euros were given to four families in the village of Beniarbeig, Alicante. These families were picked by the charity organisation Amigos de Beniarbeig, in association with local Social Services.

These gifts, in the form of one hundred euro vouchers for Carrefour supermarket, were given to Amigos in early January and immediately handed over to the four families in time for them to use the money for clothes, and other items for the children in time for the Three Kings celebration.

The donation was handed over by WBro. Ian Skipper, the Lodge charity steward and Bro. David Clarke, who is a resident of the village.

The second gift will be given to other needy families in a village in the Valencia area at a later date. 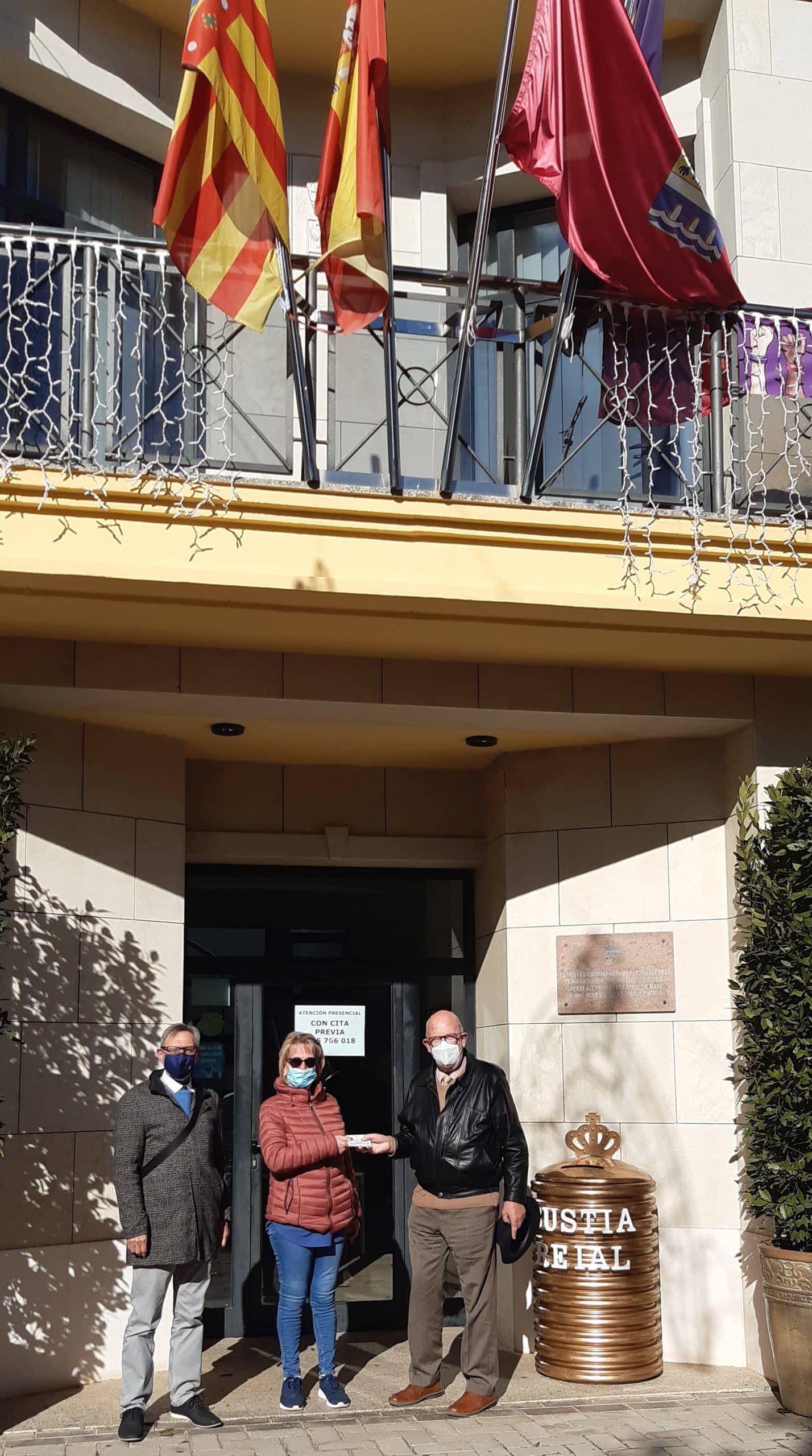 Attached photo of the presentation. Bro David Clarke is on the left, WBro Ian Skipper on the right with Sally representing Amigos Beniarbeig in the centre.