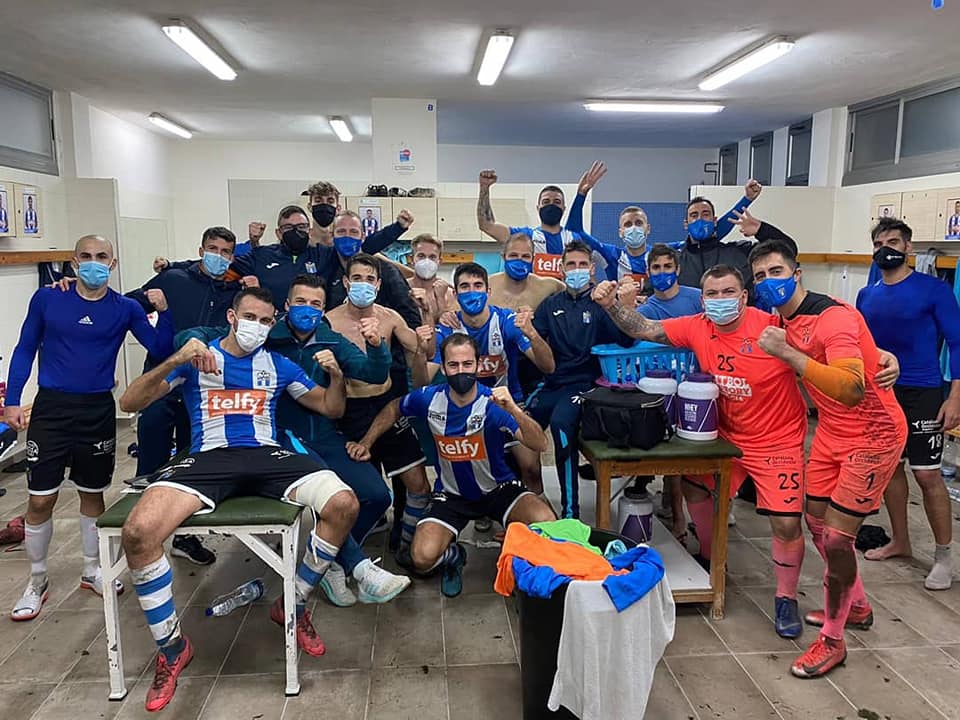 Make no mistake, CD Thader Rojales are back.  With a bang!  What better way to end such an awful year, than record back-to-back victories within 3 days of each other.  Ok, there’s no denying that this sudden upturn in form has to be maintained for the rest of the season, but there have always been signs that a moral boosting victory would be the catalyst for a change of fortune.

Going into last Wednesday night’s match against Petrel, Thader were in the unenviable position at the foot of Preferente division, whilst their visitors were 2 places above them.

This match was originally scheduled for 8 November, but covid issues forced a postponement.  Thader started brightly, having had 3 shots in the first 10 mins, although none were on target.

Rubo had the best effort of a scrappy half, his shot from outside the box, skimming the cross bar.  Nino watched as his snap shot was well saved on 38 mins, then from the next attack, Fran shot across the face of goal, evading everyone plus the far post.  Petrel failed to record a shot on goal in the first 45 mins, and appeared there for the taking. 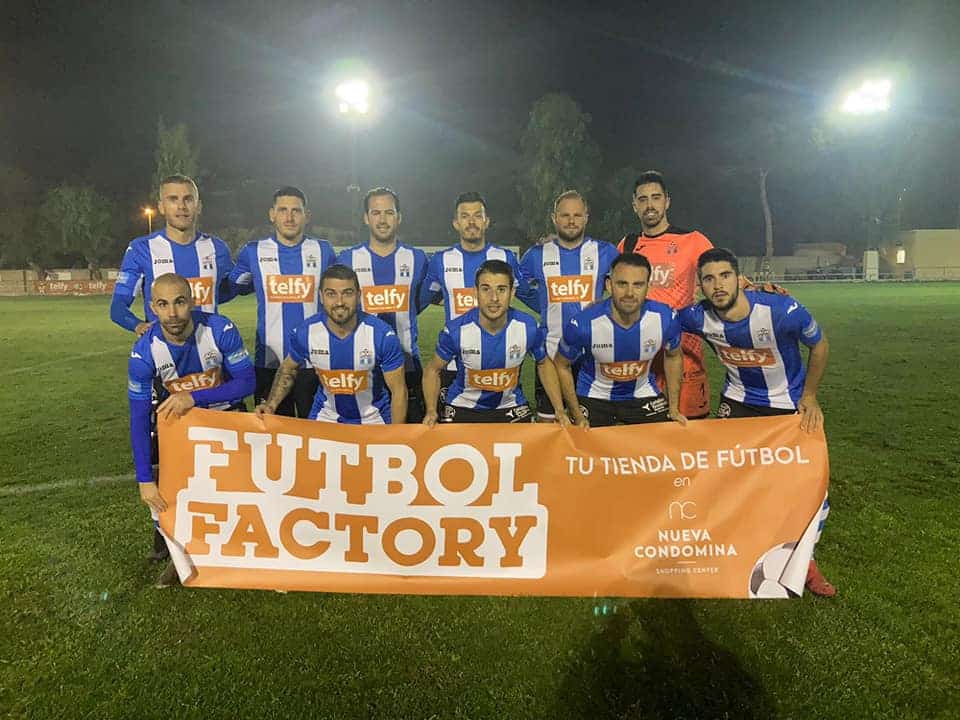 It didn’t take long for a chance to be converted, 5 mins into the new half to be exact.  A delightful low cross from the left by the outstanding Villa, found Quino lurking at the far post.  The big no 9 gleefully slammed the ball into the back of the visitor’s net, much to the delight of team mates and fans alike.

Less than 5 mins later it was 2-0.  Nino pulled the ball back from the dead ball line, setting up an easy chance for Lloyd, who made no mistake from close range.

On the hour mark, Villa fancied a pop himself, his effort missing the target by a fag paper.  Nino should have done better on 67 mins, his header at the far post failed to test the keeper, an area of his play that needs working on.

Petrel’s first attack on goal arrived on 73 mins, even then it involved a goal mouth scramble which resulted in a corner.

I can honestly say that this was probably the most one-sided match I’ve ever witnessed at this level, but these are the type of matches that Thader have failed to capitalise on in the past.  This well-deserved victory (the first since 25 Oct), leap frogged Thader over their opponents into 12th position.

Going into this ultimate match of 2020, third place Murada took on 3rd to bottom Thader.  You’d have got long odds for anything but a home win, but what do the bookies know eh?  This was Murada’s first match for 3 weeks, having endured a similar covid situation of which Thader had earlier in the year.  Due to work commitments, Quino was named as sub, his strikers role given instead to Kike.

To describe the 2 halves as being like chalk and cheese, is an understatement.  Whereas the 1st half was almost void of incidents, the 2nd literally oozed in them.  My 1st half notes consisted of 4 lines.  There was an early booking for a nasty looking challenge by a Murada hatchet man (the same player was involved in unsavoury incidents in the 2nd half, but more of that later). 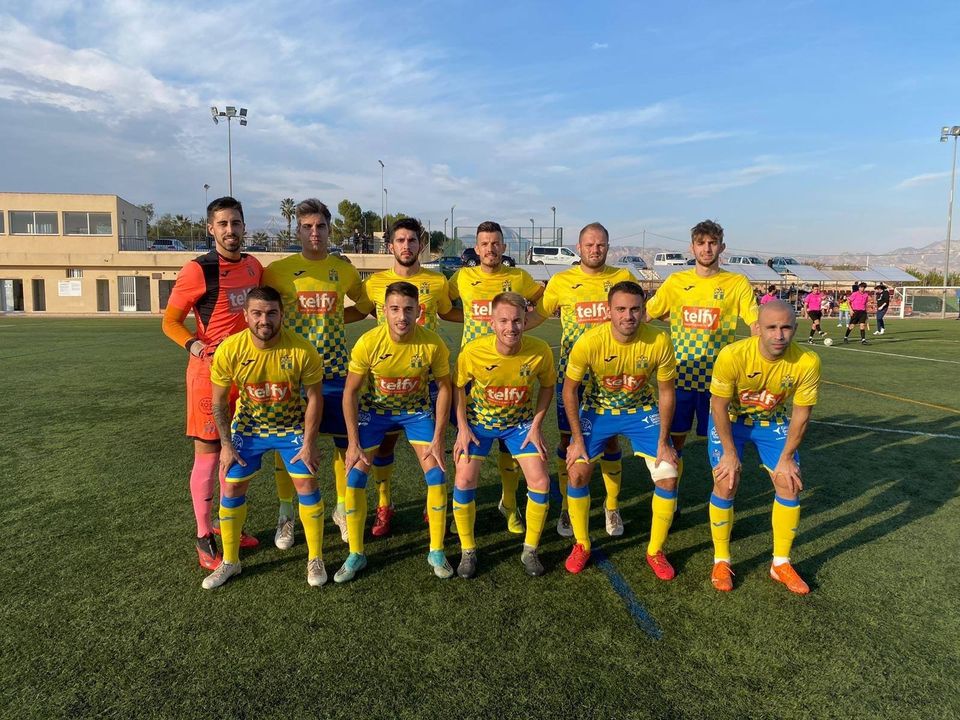 Adrian did well to push aside a dangerous looking Murada 30-yard free kick on the half hour mark, as both sides failed to find any real rhythm to their play.  A Rafa booking (no surprise there then!) was the last recorded incident, in what proved to be a fairly uneventful opening 45 mins.

When Fran powerfully headed against the bar from a corner on 56 mins, the rebound fell nicely for captain Lloyd to hammer home from close range.  Queue celebrations – and how!  But hold on, there was still a small matter of 34 mins still to go.

Murada then made numerous attacks down both wings, but Thader’s magnificent defence held firm against all that was thrown at them.  Dani Lucas produced an outlandish long-range effort on goal, but somehow Murada’s keeper managed to keep it out of his net.  Up the other end, a similar strike just eluded the frame of Thader’s goal.

Yellow cards were being brandished left, right and centre, including one to recently introduced sub Quino.  Shouts for a penalty on 77 mins were upheld, following a trip on Oscar inside Murada’s penalty area.  As the culprit had previously been booked, a second yellow meant an early bath for him.  Having missed a couple of penalties already this season, the task to rectify the situation was given to Rubo, who coolly sent the keeper the wrong way.

With time ticking away, it all kicked off!  Thader sub Otman (who on his debut had an outstanding match), was racially abused (black b*stard).  At this, he had to be refrained by team mates, as he was incensed (close to tears).

Team mate Juan was then shown a straight red card, because the assistant ref had heard him threaten to knock the racist’s head off.  A lengthy delay ensured (10+ mins), as Thader considered taking their players off the pitch, but play eventually resumed.

Thankfully, this disgraceful incident failed to disrupt Thader’s concentration.  The rear-guard held firm, especially Adrian, who made 2 worldly saves in the dying minutes.  There could easily have been a 3rd Thader goal in stoppage time, but both Dani Lucas and Rafa squandered goal scoring opportunities.

So, as we enter 2021, Thader now find themselves in 10th position on 9 points, having played 9 games.  Next up for Thader is a home match at Moi Gomez stadium.  Make a note of Sun 10 Jan, ko 1130, when Thader welcome Redovan.  Apart from Juan, who will be suspended, Calderon, Borja and Cabrera will hopefully be free of their injuries, to become available for this match. 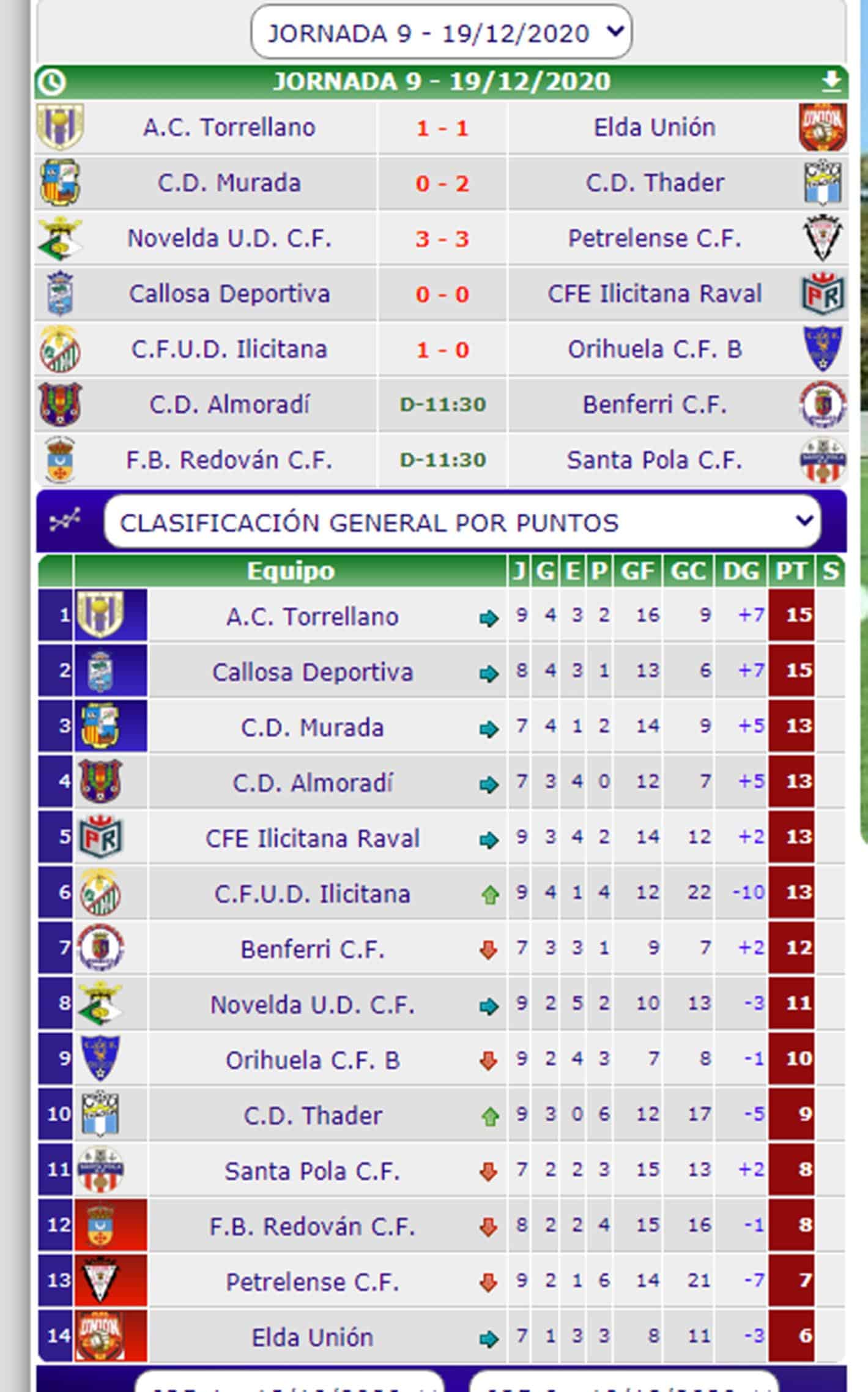