The green belt ‘Ley del Mar Menor’ around the Mar Menor lagoon has been increased after concerns about the future of the biggest saltwater lagoon in Europe.

The Ley del Mar Menor was put in place on November 2 – four months after being initially passed in July – banning the use of fertilisers within 1500metres of the coast.

The regional president of Murcia, Fernando López Miras, had criticised the State Government saying that they need to give the order stopping the spills of nitrates to the lagoon, as reported in The Leader earlier this year. 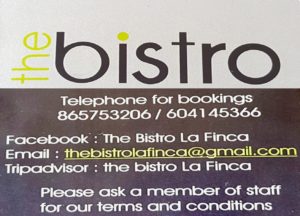 The president denied that there are pending regional orders to stop the spills of the Albujón ravine, that flows into the Mar Menor, and warned at the time the lagoon degrades every day and it will only be a matter of weeks before it becomes a thick ‘green soup’ again – if the central government does not act.

The head of the Autonomous Executive said that it is not true that the autonomous community has the authority to instruct the Segura Hydrographic Confederation (CHS) to act on the spills from the Rambla del Albujón, and had insisted that all the power, through which 6 tons of nitrates enter the Mar Menor, are held by the State through the Ministry of Ecological Transition.

“Enough of blaming everybody else. It is necessary to act on the problems – now – before it becomes too late and it is turned into green soup by a proliferation of algae and chemicals,” he said.

Following the declaration on November 2 only ecological and sustainable agriculture is now permitted, thus reducing the amount of nutrients – and other materials – washed into the Mar Menor by flooding (floodwater); natural drainage from farmland of the Campo de Cartagena.

Following waste entering the lagoon in 2006 ‘algal bloom’ turned the water green – repeated in 2019 and once again this year.

Political parties, water infrastructure authorities, crop farmers, agriculturalists, biologists and fisheries have been part of the discussions amongst others that lead to the Regional government of Murcia pass the Mar Menor legislation last December – banning fertilisers from areas within 500metres of the shoreline.

Now, no more than 170kilos of nitrogen per hectare annually can be used within the 1500m limit.

Also a three year period on the construction of new greenhouses, along with the opening of new livestock farming concerns has been imposed, with crop rotation limits coming into place in the next two months.