Aristocrat Leisure has a rich history that is laden within many firsts. What started as a small company in the 1950s has grown into a leading global gaming brand. It is one of the top companies impacting the Australian economy, underscoring its top-notch offline and online slot machines.

With over 200 gaming jurisdictions, Aristocrat Leisure limited partners with forward-looking associates to leverage the expanding gaming horizons. For a detailed breakdown of the company’s games, this site, free pokies by Aristocrat on freeslotsHUB for real money with absolutely free DEMO slot machine games, covers games that you can play for free on Android and PC devices. Besides, it highlights loads of online casino free slot games with no downloads and registration requirements.

Traded publicly in the Australian Stock Exchange (ASX), Aristocrat was recently in 2020 ranked top 30, at position 17 among the 200 companies listed at ASX.

Aristocrat Leisure in the ASX Index 2020

The overall dynamic companies that significantly impact Australia’s economy and the world are ranked to give a picture of their quoted stocks. Regarded as one of the top constituents of the ASX 200 index, Aristocrat Leisure Ltd is meticulously and exhaustively listed alongside its activities, logos, and useful links.

To qualify for ASX Index listing, a company ought to be incorporated as a public limited company and comply with the Australian Securities and Investments Commission regulations. To get a clear picture of the Australian stock market’s fluxes, the stocks of 200 companies quoted on the ASX are totaled in the S&P/ASX 200 Index/ASX 200, which is commonly used as the benchmark index of Australia.

With the real-time reference of the ASX 200 index available in well-illustrated graphical tools, you can follow the info from the likes of Google Finance, Yahoo Finance, and Bloomberg.

For the first six months of the 2019/2020 financial year, the market responded bearishly to the Aristocrat Leisure Ltd (ALL) according to the FY20 first-half results released on 31st March. Based on a year-over-year basis, the company posted the following stats

At a granular level, the company saw a significant increase in the digital revenue streams, which grew by 18.5% to US$695 million. Limitations in the 1st quarter of 2020 negatively impacted land-based revenue streams.

Aristocrat’s CEO and MD, Trevor Croker, described the results as demonstrative of the company’s core strengths while amplifying the relevance of Aristocrat’s product-led strategy that had proved fruitful notwithstanding the unprecedented challenges posed by the 2020 crisis.

Tech Share Jump and its Impact on Gambling Stocks

Australian stocks have averagely experienced a 2% surge owing to, partly, the expansion of the US manufacturing industry and a rally in technology stocks on Wall Street. Gambling stocks are likely to ride high on this surge as the demand for online-based games is expected to peak as more gamers opt to stay at home while having fun on their best Aristocrat games.

Described as a representative, liquid and tradable, S&P/ASX 200 is essential in many aspects. Based on float-adjusted market capitalization, asset managers will have an easy perception of it as tradable while the suitability is ideal. Stocks that are thinly traded or have low free floats are not considered appropriate for inclusion. On the other hand, stocks that are regularly traded are included in the index, thus ensuring a liquid index.

To understand the S&P/ASX 200 Index charts, it is imperative to comprehend that ASX calculations are based on weighted capitalizations, which means that the respective company’s contribution to the index is compared to their overall market value. The actual market value is arrived at by multiplying the number of tradable shares with the share price.

The daily charts are vital when coming up with the yearly performance of individual stocks to the index. For instance, on 16th September 2020, S&P/ASX 200 (INDEXASX: XJO) was 5,956.10 that indicated a 1.04% improvement in the daily index ranking. 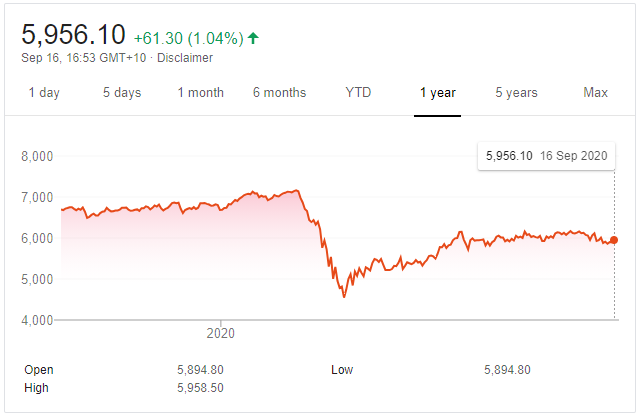 To ensure the included stocks meet the suitability criteria, the index is rebalanced quarterly. Besides, there are numerous traded exchange-traded notes (ETNs), exchange-traded funds (ETFs) founded on the S&P/ASX 200, and the options for the available trading futures. A list of the investable products related to the S&P/ASX 200 is published in the index provider’s monthly sheet.

As a leading manufacturer of slot machines, Aristocrat has helped shape trends in the Australian market and at the global stage. As opposed to land-based gambling, online pokies have recorded increased sales and bookings. Through its mobile role-playing game RAID: Shadow Legends drove the growth, for instance, it said that the game accounted for 23% of its revenue or bookings.

Other games that enjoyed sky-high traffic on online platforms included Cashman Casino and Lightning Link. To this end, manufacturers are challenging significant resources toward online-optimized games. 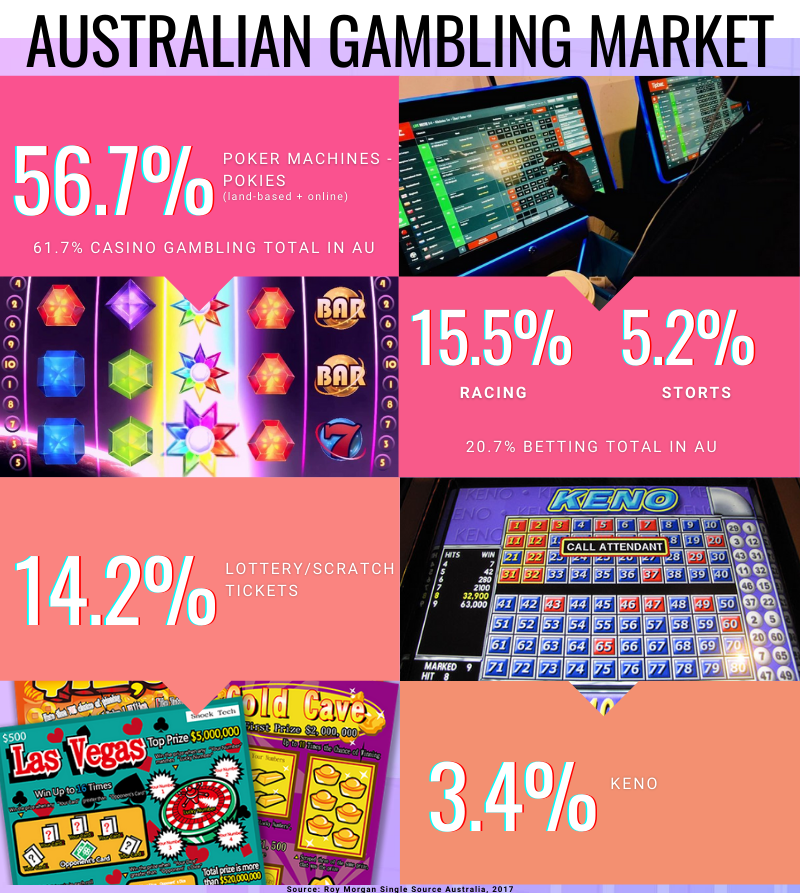 Aristocrat’s half-year results (FY20) showed the decline in land-based casino business had been counterbalanced by the 19% surge in revenue in the digital divide. According to the Aristocrat’s heads, the digital business delivered double-digit growth in bookings, revenue, and profit over the period, compared to the corresponding prior period.

Nonetheless, Aristocrats’ earnings before interest, taxation, depreciation, and amortization (EBITDA) were 7.7-per cent lower than the previous year’s, at AUD707.6 million. The company argued its EBITDA margin was even so substantial at 31.4%.