Not since 8 March, have fans been able to watch their local side Thader Rojales in action.  When they drew 0-0 inside Moi Gomez stadium against local rivals Almoradi, none of us knew that coronavirus would take such a devastating hold of our lives.

The remaining 8 Preferente division league matches were cancelled, with the season being declared null and void.  But now, they’re back!  Thanks to local Rojales council decree, up to 100 fans are permitted to attend home matches, providing social distancing is strictly observed.

Prior to this opening pre-season friendly against 1st regional division side Catral, games had been arranged against higher ranked sides La Nucia and Mar Menor, but unfortunately, the visitors cancelled due to worries over covid precautions.

As often happens in friendlies, two completely different Thader sides competed in each half.  In fact, the only player to feature in both halves was new boy Miguel.  Another new signing, Adrian, was kept busy early on, making vital saves, showing signs that he intends to make the goalkeepers jersey his own.

On 26 mins, Dani Lucas executed a delightful lob from inside his own half, which sailed over a stranded Catral keeper, then into the net.  Dani is a class act, as was shown during his first stint at the club a few seasons ago.  Ruben Sanz scored from just inside the box on 37 mins, giving the home side a well-deserved 2 goal advantage.

Just before the interval, Juan picked up a soft yellow card (only one of the game) for an innocuous challenge, but thankfully this won’t go towards a suspension once the season has commenced. 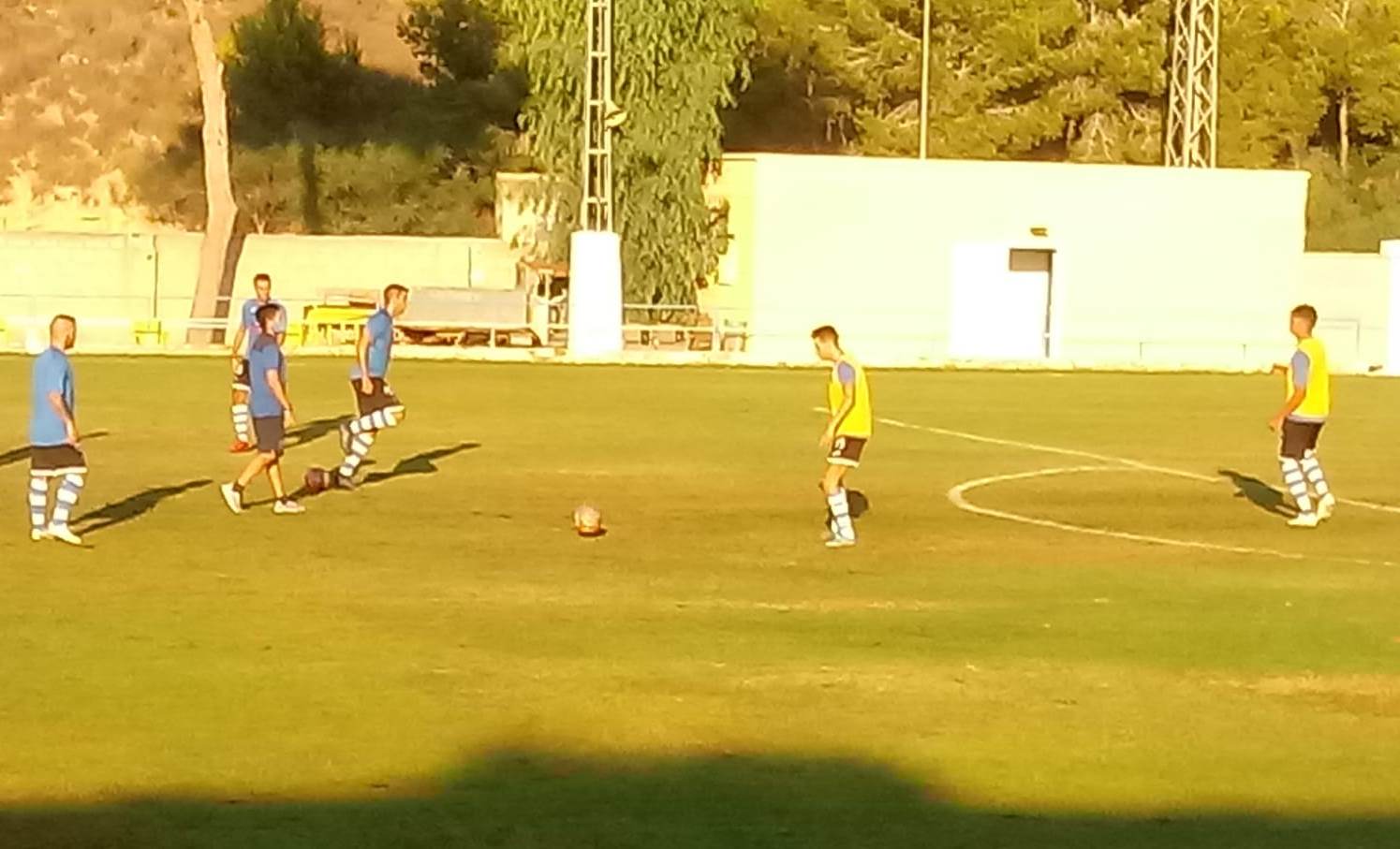 When you consider that the match referee was without the luxury of assistant referees, I thought that he controlled the game well, allowing it to flow whenever possible.  Thader controlled the 2nd half from start to finish.  Trialist Quique added a 3rd goal on 55 mins, following a corner which fell kindly for him close to goal.

Veteran striker Quino has returned to his old club, and to announce the home coming, he added a 4th and final goal on 70 mins.  So, all in all, this was a very competent run out for manager Raul Mora’s boys, although much sterner tests await once the season commences.

Next up for Thader, is another home match, when another 1st Regional division side come to town.  San Miguel will be appearing next Wednesday (9 September) night (ko provisionally 9pm, but please check Thader’s Facebook page for details).  Then on Saturday 12 September, there will be another match, but at time of going to press, who, where and what ko time, are unknown.