Valencia chosen for headquarters after Bankia and Caixa Bank merger

Following reports of a merger between the two banks, Bankia and Caixa Bank, it is being speculated that the headquarters of the merged entity will be in Valencia since both companies have offices there. Other teams will commute from Barcelona and Madrid. The banks have opted for a merger to recover from the economic crisis caused by the pandemic and to increase profitability.

Bankia and CaixaBank, two of the major banks in Spain, are planning a merger to strengthen themselves in the face of the coronavirus pandemic; the merger, if approved, will have a massive impact on Spain’s banking sector. This would mean that the State would go from owing 61.8% of Bankia to 14% of the merged entity whose main shareholder will be Fundacion La Caixa.

Spanish Health Minister Salvador IIla on Thursday ruled out a second state of alarm in the country owing to the coronavirus pandemic. He also said a perimeter lockdown in Madrid won’t be viable despite the alarming increase in Covid-19 cases in the autonomous community. Ilia also said that there has been a sustained increase in infections across regions.

France is “just as committed” as the UK to stop migrants crossing the Channel in small boats, said UK Home Office’s clandestine Channel threat officer. He said that France had stopped 3,000 people in 2020 in total after it stopped almost 200 people on the same day. However, he said that it’s not close to the level he’d like it to be. Over 7,400 migrants have crossed the Channel since Jan 2019.

European Commission official said that the vaccine being prepared by pharma company AstraZeneca and the University of Oxford may be ready in November. The EC signed an agreement two weeks ago with AstraZeneca to buy 300 million doses of the vaccine, expandable by another 100 million. Same sources said that they do not expect all vaccines to be effective, but they do expect some to be.

Spain: Vallecas in Madrid is the Spanish region worst affected by the pandemic 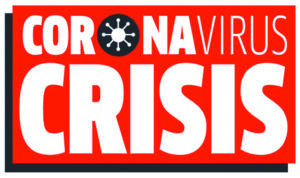 The neighbourhood of Vallecas in Madrid is the region worst affected by the coronavirus pandemic in the whole of Spain. The coronavirus incidence in the region is almost 1000 cases per 100,000 inhabitants, which is much higher than the Spanish average. According to experts, social gatherings are behind the high rate of contagion in the region. The region reported 2,389 cases in the last two weeks.

Spanish Prime Minister Pedro Sanchez on Monday attended a public event where he addressed and spoke to the top business leaders in the country like Ana Patricia Both from the Santander banking group or Jose Maria Alvarez Pallete from telecommunications giant Telefbnica. At the event, Sanchez spoke about the economic impact of the coronavirus pandemic and called for unity among them.

Murcia becomes the third region in Spain to delay the reopening of schools in September after Canary Islands and Asturias. The Spanish government had left it to the regional governments to decide if they wanted to reopen schools on the scheduled dates or postpone it. Murcia has announced its decision to postpone the resumption of face-to-face classes to 14 September. Read more at 20 Minutes (Spain)

Irish Lotto Results, Plus 1 and Plus 2, Lottery Winning Raffle Numbers for Wednesday, 22 September, 2021