Centered in major locations like Alicante, 5G is finally seeing rollout in Costa Blanca and Costa Calida. Based on tests with 5G mobile devices, we wanted to see how well 5G could perform in real-world circumstances, to see if it lived up the hype.

What is 5G Technology?

In simple terms, 5G refers to a collection of related technologies given the somewhat arbitrary definition of the fifth generation. In a practical sense, these systems work to considerably improve the potential speeds of mobile data connections, both for increasing download speed and decreasing response times.

There is another possible advantage in that 5G can allow many more simultaneous connections from a single cell tower, but these benefits tend to require millions of active connections, so we’ve no way to realistically run such tests for this within our areas.

So far, the biggest hotspots in Alicante’s 5G are found within Polígono Babel, according to the information that we found on 5G maps. Note that, as of the time of this article, these connections are only available with Yoigo Movil, though other providers are likely to soon follow suit.

As for what a user in this area could expect, we’re going to have to draw from illustrations already seen by other 5G hotspots. In this example, we’re going to use a gigabyte sized file as a base, and compare what sort of transmission speeds a user could expect over both 5G and 4G connections

In current typical cases, a 5G network could deliver file a file of this size in ten seconds, or even much faster depending on your location within the 5G network. This would average out to around 100 megabytes per second. 4G, on the other hand, would usually take just over two minutes, with speeds of about 8.3 megabytes per second.

5G realities aren’t just as simple as those numbers, however, as tests in other locations have shown. Instead, it could be possible to move just two blocks from the first testing site, and have the 5G connection take more than twice as long, or drop completely, while the 4G connection remained practically constant.

Looking at the stated realities of 5G, these results wouldn’t be surprising. As it now exists, the biggest problem with 5G comes with coverage. This is both in terms of towers currently in operation, and the penetration of the electromagnetic waves on which 5G operates. 5G doesn’t reach as far as 4G, and it can’t go through walls as well, and this is a problem that isn’t easily solvable.

The implication of this is that while 5G could be a fantastic help in some areas and for some uses, it probably can’t ever take over completely. What this means is whether or not it will be a fit for you depends on what you want to use mobile internet for, and where you want to use it. 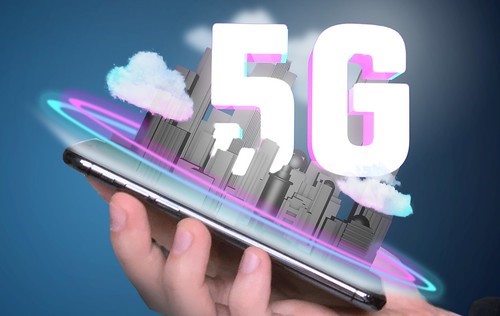 Take, for example, if you wanted to play a mobile deposit casino on the go. For browsing the website to playing games like slots or betting on sports, 4G will not only easily fulfill data requirements, but it will also tend to be more reliable.

On the other hand, if you want to transfer and upload files of multiple gigabytes to systems like Microsoft OneDrive or Dropbox, then 5G could be the only viable option.

Ultimately, the issues regarding availability of 5G will diminish over time, but it’s likely the tech will offer an occasional alternative to 4G rather than an outright replacement. At any rate, it will be some time before Costa Blanca has enough coverage to justify a 5G compatible device purchase for most users, so there’s no rush to go out and buy just yet.