A 19-year-old man from Cáceres who was on holiday in Alicante died on Wednesday in a traffic accident involving a head on crash between a car and a motorhome on the N-332 road, on the outskirts of El Campello.

Two other 18-year-olds, from Aspe and Alicante, a 75-year-old Dutch tourist and a 73-year-old Dutch woman were seriously injured. They were taken by ambulance and helicopter to the General Hospital of Alicante and the Sant Joan d’Alacant Hospital. The N-332 highway was closed for about four hours.

The accident occurred around three in the afternoon at kilometer 128 of the N-332 highway, within an area that has seem many previous serious accidents. 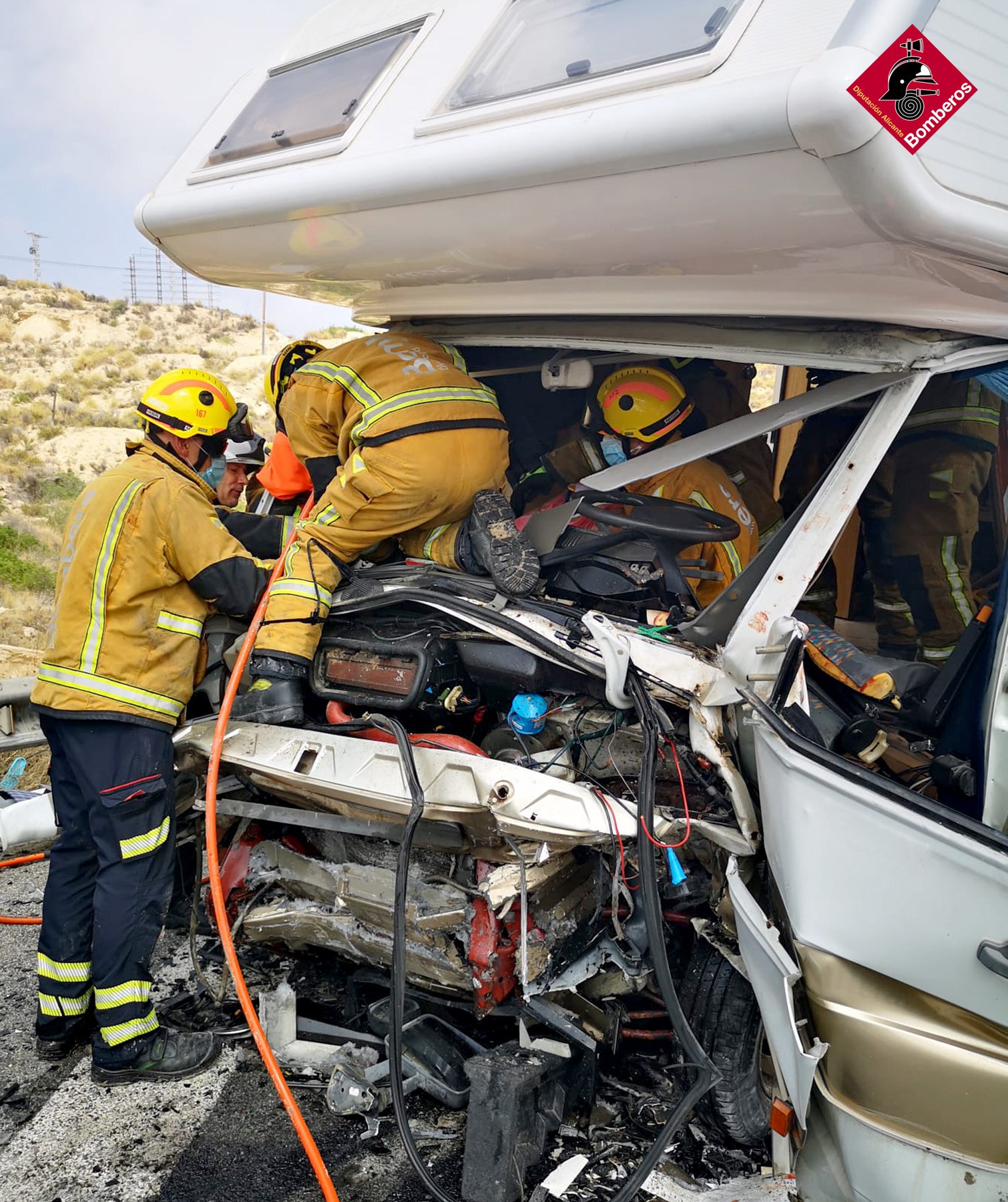 The Civil Guard Trafico are currently investigating the accident but in a statement released to the press they say that a Mercedes passenger car occupied by three young people from the Petrer area was driving in the direction of Benidorm when, on driving round a steep bend, it crossed into the opposite lane and collided head-on with a motorhome in which a Dutch couple were traveling. The section of road where the accident occurred is limited to 60 kilometres per hour.

The impact was devastating and the occupants of both vehicles were trapped inside.

Given the severity of the crash, several crews from the Provincial Firefighters Consortium, patrols from the Civil Traffic Guard, two SAMU ambulances, another two from Basic Life Support (SVB) and a medicalized helicopter were called to the scene. 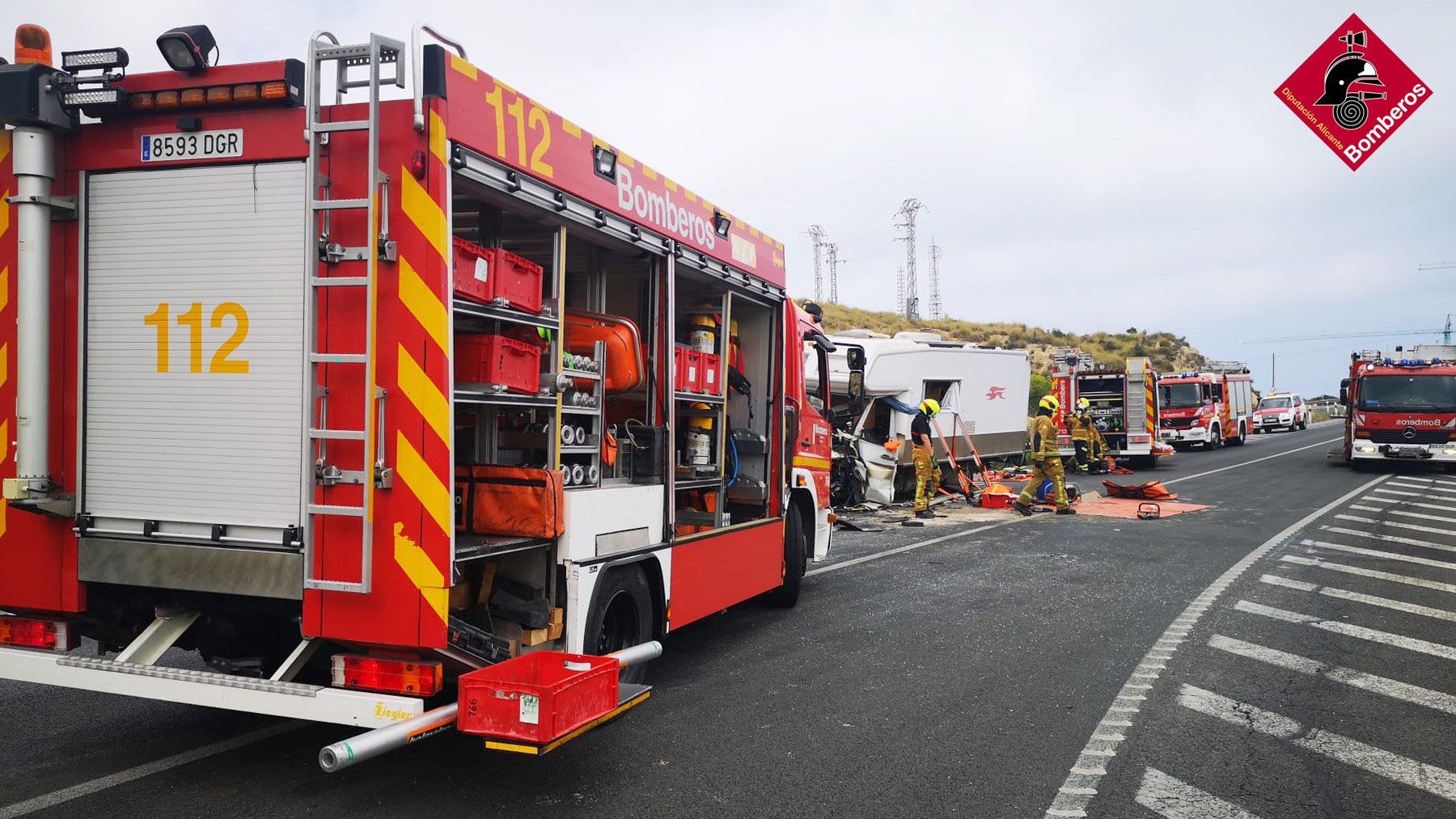 One of the young men from the car died from the impact of the collision and waw pronounced dead at the scene.

Efforts were focused on the other seriously injured individuals. The two motorhome passengers were evacuated to the Sant Joan Hospital, the same centre to which one of the injured pasengers was also transferred by helicopter, while the other was taken to the General Hospital of Alicante.

Helicopter unable to land in Alicante

This tragic accident has highlighted, once again, the need for a helipad to be set up in the Alicante general Hospital for the helicopter to land. Currently the helicopter has to land in  Mutxamel airport and lose a valuable time in then transferring patients to the hospital, time that could save lives. The General de Alicante is the centre where the most critically injured are regularly transferred, hence the need for this landing pad.

The young man who was evacuated by helicopter yesterday in El Campello was transferred to the Sant Joan Hospital as he was unable to be landed in Alicante.