Less than a month after the Valencian Government hired 1,000 beach assistants to control the Costa Blanca’s beaches in response to the coronavirus pandemic, over a hundred have resigned, more than 10% of the total contracts signed.

Reasons seem to be varied with the most common being either the offer of another job or the fact that the place of work is too far from home.

However in making the appointments the Agency said that it did explain that mobility would be provincial. That is, that applicants could be assigned places anywhere within their province although location preferences were fulfilled as far as possible.

One of the towns where the most resignations have occurred is Jávea where there are said to be mobility problems, according to sources from the Valencian Agency for Security and Emergency Response (Avsre), which is already working to fill the additional vacancies as soon as possible, although they admit that the procedure is not as simple as it would be in the private sector.

However the Generalitat said that it chose 1,250 people, 250 more than necessary, with the purpose of ensuring a reserve in case of resignations. 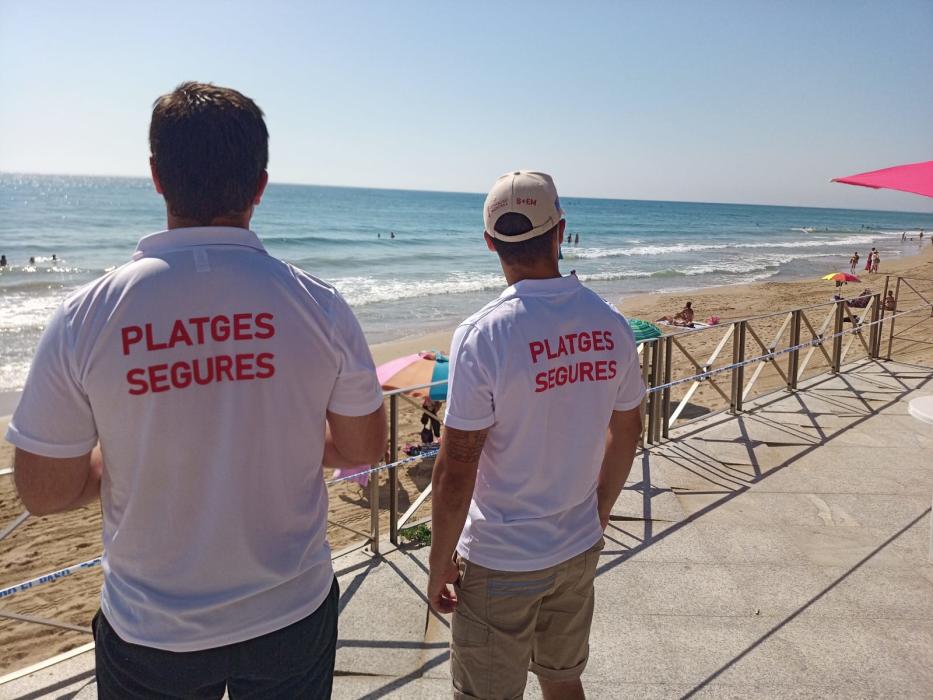 7.4 million euros spent on the measure

The program introduced by Avsre for beach control is co-financed by the European Union and at a cost of 7.4 million euro. The initial budget for the hiring the thousand staff between the ages of 18 and 30 was 6.3 million euros, an amount that will pay each employee for the term of their two and a half month contract, from June 24 to September 7, amounting to 4,037 euros gross per staff member.

A further 1.1 million euros has since been budgeted to purchase material for personnel, such as uniforms, personal protective equipment, umbrellas and sunscreen.

Beach assistants are responsible for ensuring compliance with social distancing measures as well as beach access by users. They are also required to carry out tasks as required by the document ‘Guide to Safe Beaches’ prepared by Turisme, ensuring the correct use of marked plots by beach users, collaboration with the municipalities, contact the 112 service if necessary in case of emergency and notify the local police of incidents.