The driver of a truck has lost his life in a traffic accident that occurred this morning on a road in the Los Montesinos municipality, according to reports by the Civil Guard of Traffic and the Provincial Fire Consortium.

The 48-year-old driver from Los Montesinos has died at the scene of the accident.

The vehicle, which was carrying firewood, has gone off the road when trying to avoid a car that was travelling towards Algorfa this Wednesday morning.

The driver was trapped in his lorry, but by the time he could be pulled out by members of the Provincial Fire Consortium, he had, unfortunately passed away.

Although the health services were on hand at the scene a spokesman said that he died while he was being rescued from the vehicle.

The accident occurred at 9:00 am this morning at kilometre 7,600 of the CV-935 highway, in the municipality of Los Montesinos. This road connects Los Montesinos with La Finca Golf Course and Algorfa. 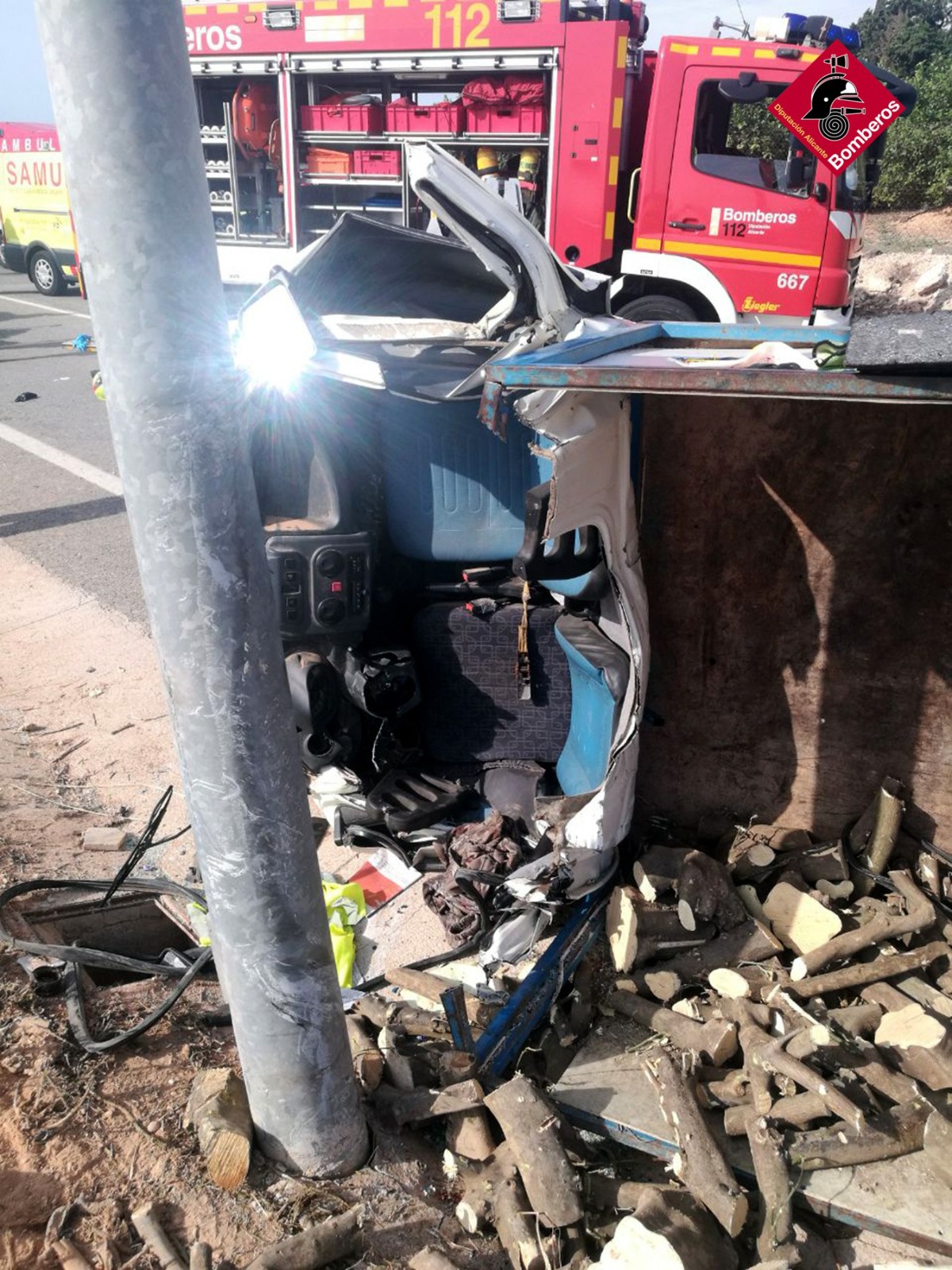