A 69-year-old German woman has died following an explosion and subsequent fire at her home in Orihuela Costa. One of the victim’s dogs has also died. The fire occurred at 8.40 on Friday morning on la calle Amadeo Vives in Villamartín, according to the Provincial Fire Consortium. Several fire crews moved to the scene of the explosion, in addition to the Local Police and emergency services, along with two SAMU units and one Basic Life Support Unit (SVB), who treated the trapped victim inside the house. 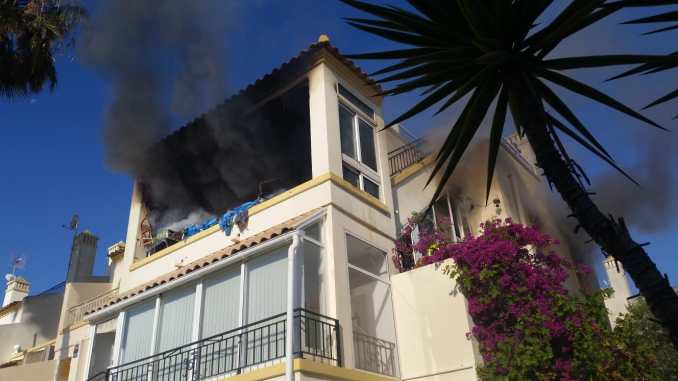 Two Local Police officers were the first to arrive on the scene and attend to the woman, who was trapped and seriously injured. The emergency services tried to revive her, but, unfortunately, the woman passed away.  Medical staff also treated a 38-year-old firefighter for smoke inhalation. Subsequently, he was transferred in the Basic Life Support ambulance to the Quirón Hospital in Torrevieja.

The causes of the explosion in the villa are still being investigated, but the rapid spread of the flames throughout the house would likely have been due to the amount of garbage and personal belongings that had accumulated inside. A spokesman at the scene said that the victim, apparently, suffered from the behavioural disorder Diogenes syndrome.