The number of deaths recorded in Spain over the last 24 hours has fallen from 619 to 517. There has been a reduction also in the number of new cases which has dropped by about 700 to 3,477

According the Ministry of Health, 17,489 have now died since the beginning of the health crisis, while there have been 169,496 infections, 64,727 having now recovered.

The number of infections has grown by 2% from yesterday while fatalities have risen by 3%, the lowest increase since the start of the pandemic in Spain.

In the last 24 hours the Valencian Community has registered a further 219 positive cases of coronavirus, 44 fewer than yesterday, and 38 deaths, 17 of which reside in care homes.

The figures were announced this Monday by the Minister of Health, Ana Barceló , in her daily appearance to report on the situation of the coronavirus in the Valencian Community.

Of the 219 new infections registered in the last hours, 27 are in the province of Castellón, 79 in Alicante and 113 in Valencia.

The total number of deaths in the last 24 hours, is 38, 17 of them are people who lived in elderly care homes. By provinces; there have been 6 deaths in Castellón, 11 in Alicante and 21 in Valencia. 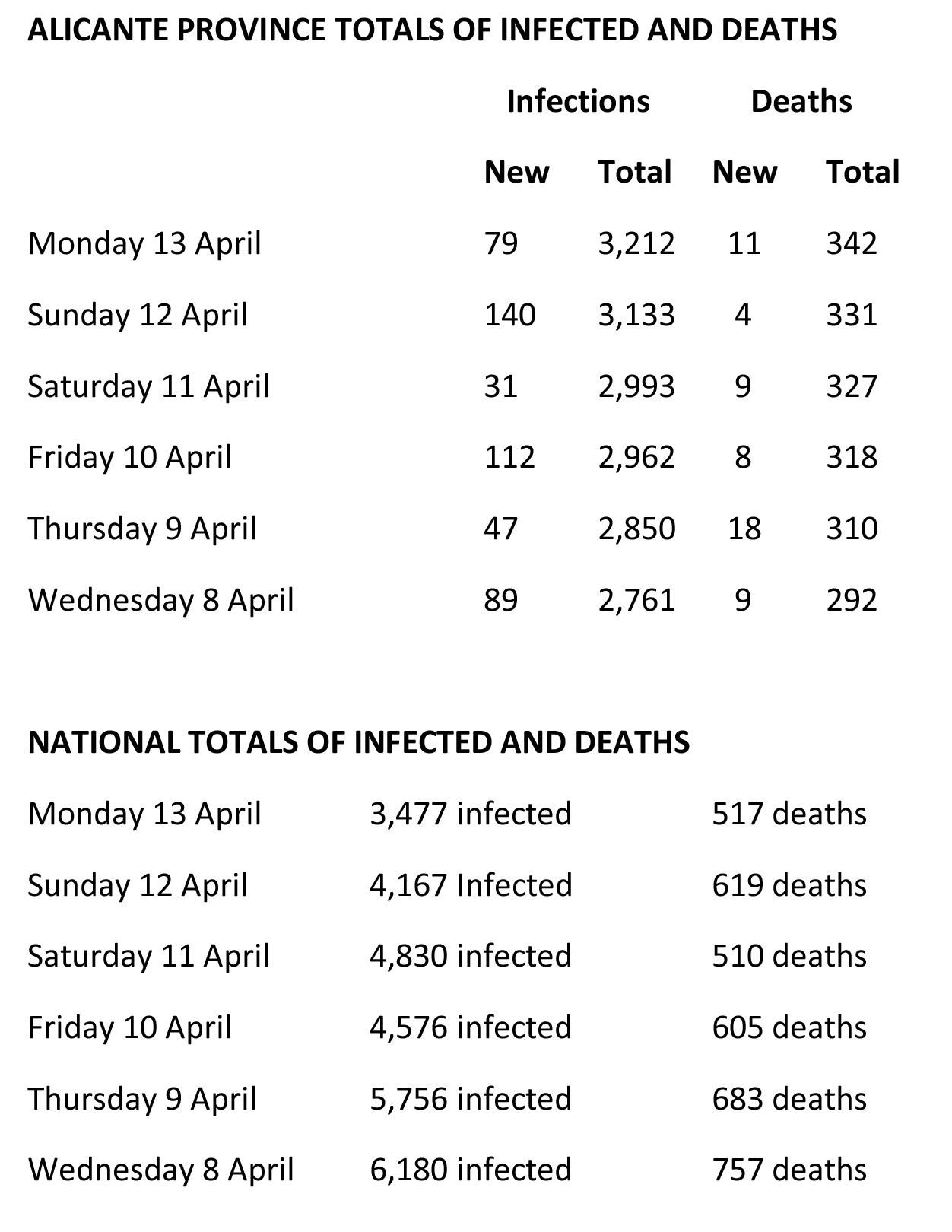