Villamartin based snooker star Willie Thorne has revealed  he has had a ‘massive attack of gout’ and a water infection, while undergoing leukaemia treatment in Torrevieja.

Willie, Tweeted from hospital: ‘Well that’s the first week in hospital over.  What a nightmare, as well as having leukaemia, had a massive attack of gout and water infection.

So, only had two bouts of chemo so far, thanks again for all the kind messages wt x’. 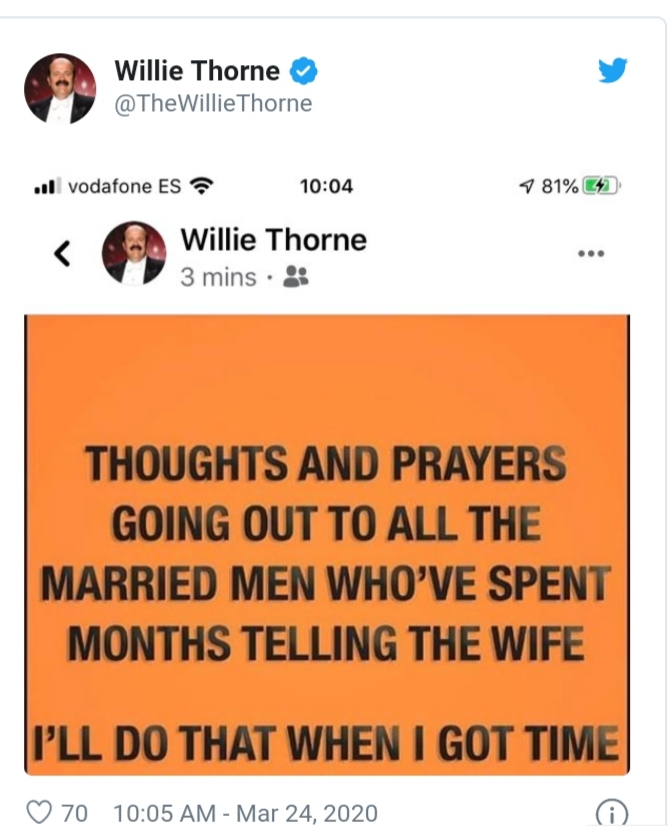 Willie revealed the shock news about starting chemotherapy, that left him devastated, but said the healthcare is hopefully second to none in Spain.

Leicester born Willie, who made his professional snooker debut in 1975, reaching a career high ranking of world number 7 in the WPSBA rankings, has managed to have banter, despite his illness.

A posting on media, in the wake of the worldwide coronavirus outbreak that has seen Spain placed in lockdown, made Willie quip to fellow snooker star Mark Williams.

The posting read: Thoughts and prayers going out to all the married men telling the wife ‘I’ll do that when I get time’.

“Made me smile, not done that for a while. Mark Williams will be running out of excuses fast,” said Willie, who has resided in Villamartin since 2019. 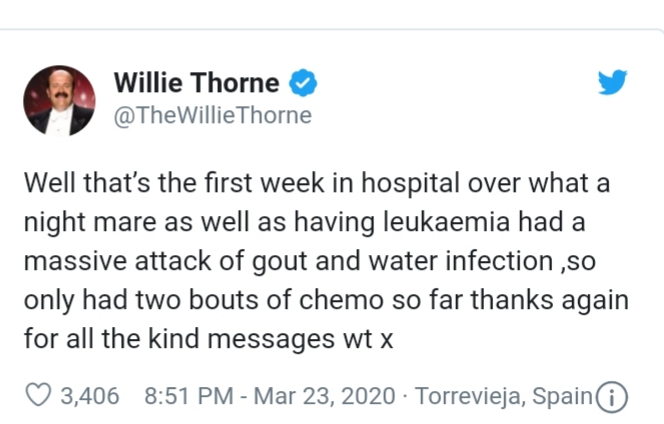