By Andrew Atkinson, at Ringside

Fury defeated Deontay Wilder in the WBC heavyweight championship in Las Vegas in February, after Wilder’s corner threw the towel in.

ROUND 2: “They say everyone has a double – I could be his brother,” joked Catholic Martin, a former Croupier and singer, who has visited Las Vegas, and hosts weekly Spiritual meetings at Hamilton’s Bake House, Benijofar. 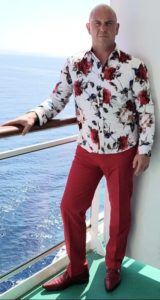 “Customers come into Benijofar and continuously tell me how much I look like Tyson Fury,” said Martin.

Fury returned to the ring two years ago, and has since openly spoken about positive mental health, after enduring a three-year drink and drug-fuelled battle with depression, following his win over Wladimir Klitschko in 2015.

Tyson ballooned to over 28-and-a-half stone (400lbs) and struggled with depression and addictions to cocaine and alcohol, after defeating Wladimir Klitschko in November 2015.

Fury sought help from psychiatric experts and embarked on a weightloss programme, losing nine stone in less than two years, before making an unexpected return to boxing.

ROUND 3: “I was an alcoholic and have suffered from depression – just like Tyson Fury and thousands more. When I was in Las Vegas I put 14 kilos on, mirroring Tyson’s weight gain,” said Martin.

ROUND 4: Martin, named ‘Killer’ by Casino bosses, whose shirts and shoes are a match for Fury, said: “I was at a hotel in Benidorm and a group of guys went to reception.

“They saw me and shouted ‘It’s Tyson Fury! and started chanting ‘Tyson!, Tyson’. 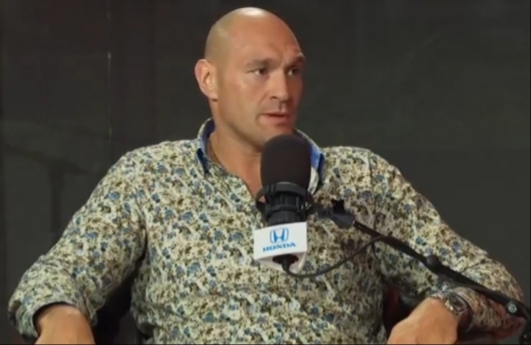 ROUND 5: “Tyson Fury has openly spoken about his suffering from mental depression and his struggles in admitting to suicidal feelings.

“I’ve been there, in that dark place of depression and alcohol. I know how he felt, having suffered from both. I’m okay now, it’s part of life’s journey,” said Martin.