The second half of the 2019/20 season is now underway and although CD Torrevieja are mid-table, with the right players and a fresh approach, the playoffs and promotion are still a possibility. However, as has become the norm for the club over the past ten seasons, the festive break has seen a number of talented players leave the club, most for financial reasons, as there seems to be no money to pay the players.

Having been relegated twice in the past two seasons, due in part to poor ownership decisions and even poorer management/coaching choices, with the team now playing at the sixth level of seven in the Spanish system, the future of the club is not bright. Not only have players left for other clubs but many of their Youth players have probably finished playing the beautiful game for good, as they have become disillusioned by a lack of opportunity and broken promises.

Back in 2010, former Supporters Club President Andy Hermida wrote. “We have to remember that unlike other clubs in their divisions, FC Torrevieja accomplished promotion, not by buying players from higher placed clubs, but by sticking to its youth policy. It is interesting when you consider that 15 of the 20 strong squad are home grown talent who came through the FC Torrevieja youth system. For the season 2009/2010, nothing short of second division football will suffice.”

This season, readers of the local newspapers will have noted an almost complete lack of coverage about CD Torrevieja. Ten years ago the fabulous Torry Army had hundreds of members, raised tens of thousands of euros each season and attracted more than 4,000 supporters to home games, an unheard of number, at this level. Now there are but a few hundred in the Nelson Mandela stadium as the Vicente Garcia remains closed.

As young teenagers, today’s youth players watched FC Torrevieja playing every other weekend and dreamed one day of playing for their City’s first team. Sadly, that dream has now vanished.

The season started poorly with new owners taking over the club and training starting a month later than usual, on August 14. They changed the name to REAL ESPARG FOOTBALL CLUB TORREVIEJA, REFC Torrevieja. Personally, I’ve no idea what ESPARG means either! The owners are somewhat elusive when it comes to providing a straight answer.

Some players have been asked to call into the office to meet with Club Directors for payment and have even produced invoices, only to find the Directors decided not to show with the players not been contacted since.

Torrevieja has always been able to produce talented footballers. However, poor management and coaching choices have seen the majority either give up the game completely or they have moved away from the city to play. From this season’s opening day squad, only three players remain. And from the days when the team featured and supported local talent, with 15 out of 20 being local lads, now they don’t have any, except for Junior youth team players. 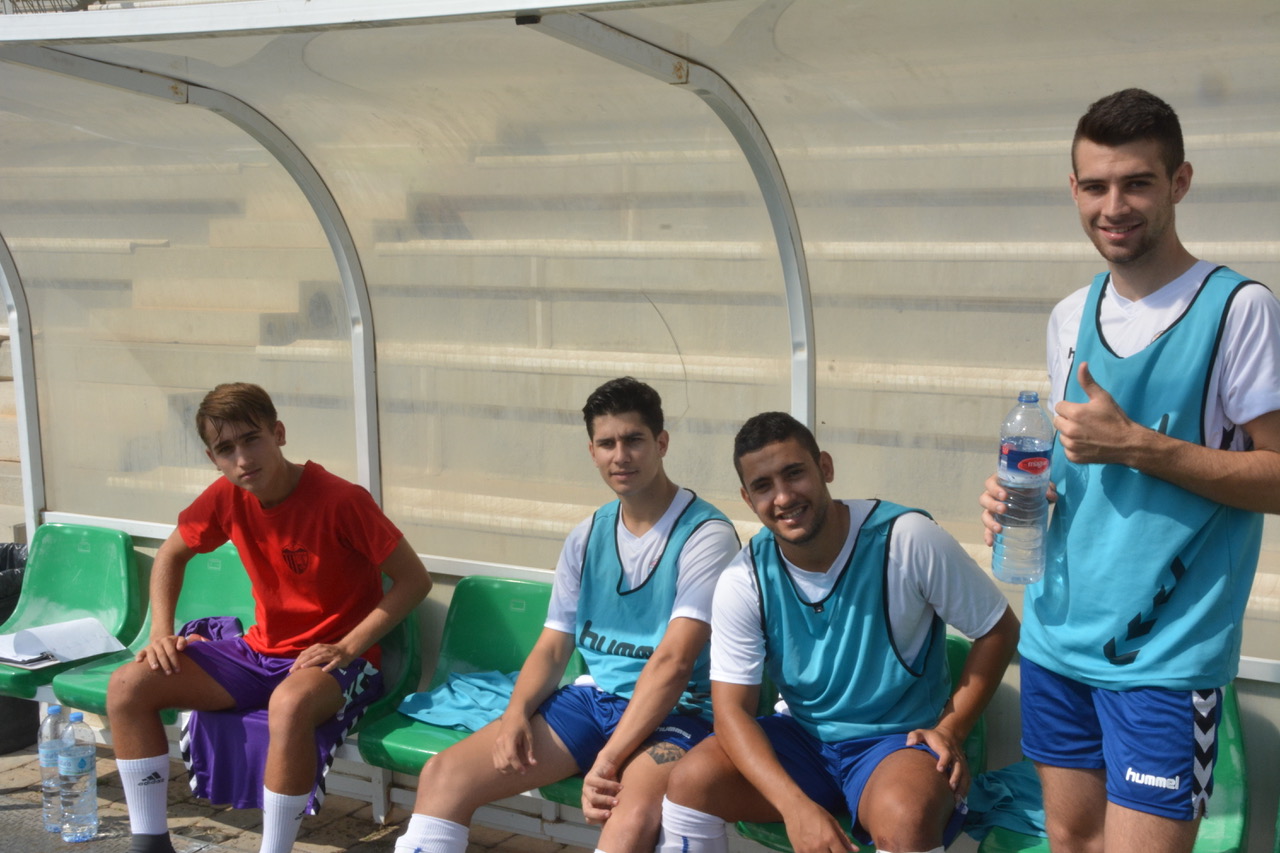 This season started with just three former CD Torrevieja Juvenile players signed to the squad. None were given a chance to start for the first team because the new Argentinian owners had apparently brought in their own favourites, These ‘favourites’ had their accommodation and expenses paid for.

All of these ‘star’ players have now left, having brought nothing to the team and it seems the budget was primarily spent on these underachieving footballers. The attitude of the directors seems to be that Torrevieja’s local players should feel privileged to play for the club for free.

Many of us ‘old timers’ might agree and say that in ‘our day’, we played for the love of it. However, football boots were not 200€ a pair with three pairs a season being the norm (plus a pair for training) due to the construction of today’s lightweight boots. The players also have petrol expenses, for three round trips a week to and from training, plus home and away games, costing close to 300€ a month, difficult for a 19-year old to find that sort of money, to fund their passion.

One of the former Juvenile players had offers to play semi-professionally or Under 23 level in the UK, Norway or at 2B or 2A level in Spain. However, the new owners put an offer on the table plus travel expenses, and so, since he was working locally, he decided to stay with the club. However, it’s been more than a month since the directors last contacted him. Another came out of ‘retirement’ for a couple of months to play again and the third has returned to futbol sala.

Thus three juveniles have now hung up their football boots. This, all because the new owners decided not to use local talent or to pay them as promised. However their ‘star’ players started every game, even if they could not be bothered to show up for training; player power ruled and they played in the positions they wished to play. Now the team are without any former Juveniles and it has been abandoned by the ‘stars’.

So where does this leave REFC Torrevieja? They will still hope to win a few games. They have probably done enough to avoid relegation. Chances are, CD Montesinos, who have many more Torrevieja players in their squad than Torrevieja do, will win their league and go head to head with REFC Torrevieja next season, meanwhile CF Torrevieja will fester at Spain’s lowest level.

The Torry Army remain as positive as ever and hope that the club can turn things around. In days gone by, they would have paid players wages themselves and helped in any way they could. They have contributed more than 120,000€ into club funds over the years. But while they can’t support the club financially today, they are all still there in the background cheering Torry on! Pity the same cant be said for the owners!