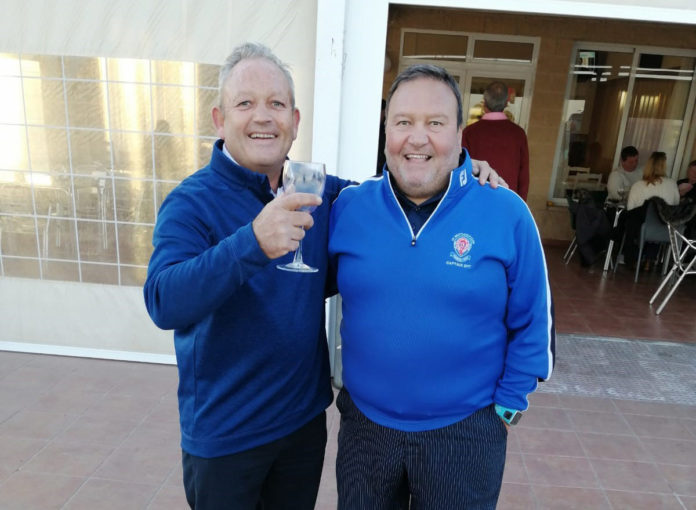 Forty members, joined by one guest, gathered at Alenda, for the 2 nd time in 2 months, to play for the Colin Arkley Trophy, a tournament named in honour of a much liked and respected former Captain and President who remains in the thoughts of those who knew him back when he was a very important cog in the SMGS wheel.

That wheel, thanks very much to recent Presidents, Captains and committee members, continues to increase in size, with some 190 members now listed.

The course was not in the excellent condition found during the society’s last visit back in November when its quality remained from a previously held European Tour Qualifying tournament, although the greens remained slick and smooth.

The time of year may have something to do with that, with some die back of the main grasses sown. However, it was most probably the many difficult pin positions that were the main factor behind the day’s generally poor scoring. Whilst all Gold Category winners scored more than thirty points, only one in Silver and two in Bronze managed to do so.

The Colin Arkely Trophy winner came from the latter, with Mike Jordan winning by a margin of 4 points from his nearest rival. Quite surprising given his disastrous round in the President’s trophy back in November. Barry Roehrig was another to see his fortunes change, going from the Abacus two months previously to 5 th in Gold.

However, the ‘Horses for Courses’ motto did ring true for some, with Ivan Hanak once again winning the Silver Category and Paul Kelsall continuing his liking for the Par 3 third.

Prize giving was held at the famed ‘Garage’ near Catral, meaning a number of wives could join, a lot less distance to get home for several following the usual post-round merriment, and a quick sprint down the motorway for others living further south. And somewhat cheaper beverages!!

The day’s winning results, by category and in reverse order, were the following: Colin Arkley Trophy: Mike Jordan 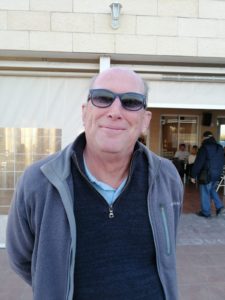 Our thanks go to all Alenda staff for an enjoyable day. Next week we will be at Vistabella. Keep up to date with all SMGS matters by logging on to our website www.smgs.org or simply give Captain Phil de Lacy a call on 966 77 4197.