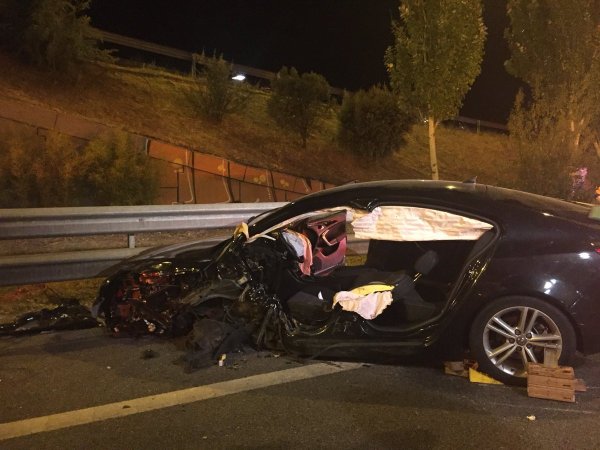 In 2019, the year when we say a reduction in the maximum permitted speed on the main road network reduce, the location of most fatal and serious incidents, we also saw the lowest fatality rate since record began in Spain. However, there is no room for complacency as a single death is one too many, and the figures took a turn for the worse when we look solely at the Christmas and New Year period.

The reduction has also occurred during a time of growth in terms of mobility, both in the number of long-distance journeys made and the number of vehicles and drivers. In 2019, movements increased by 2.5% (10.2 million more), which means that over 427 million long-distance journeys were made during the past year; The number of vehicles has increased by 2.2%, standing at 34.5 million, and the census of drivers has grown by 1.3%, reaching 27.2 million drivers.

We must also keep in mind that the figures are provisional and the final balance will include deaths and serious injuries recorded after 24 hours following an incident, as well as those recorded on local roads.

The data does show that of the 365 days of last year, only 37 saw no fatalities. The worst day in terms of fatalities was Sunday 21 July 21, with 13 deaths. On average, 3 people lose their lives on the road every single day.

Statistics throughout the summer months have contributed to the lower annual figure with 46 fewer fatalities compared to last year. In fact, August saw the least number of deaths in recorded history.

Similarly, with 74 people losing their lives in April, that month was also the lowest death toll in history, and June, with 78 people being killed, matched the lowest figure ever recorded.

To date, 2015 was the year with the least deaths on the roads, specifically 1,131 deaths were recorded. This year, with 50 million more trips than in 2015, 3 million more vehicles and 1 million more drivers, 1,098 people lost their lives.

However, although the collective year showed a more positive light, the Christmas period saw a total of 57 people losing their lives in 52 fatal incidents between Friday 20 December 20 and Monday 6 January 2020, an increase over the same period last year when 49 people lost their lives in interurban roads. Moreover, of the 57 people who died, 21 are vulnerable users: 10 pedestrians, 9 motorcyclists and 2 cyclists.

Of the 35 people who were in cars of vans, 5 were not wearing a seat belt at the time of the incident which ultimately cost them their lives.

In terms of the location of incidents throughout the year, 800 people died on conventional roads, a reduction of 84 compared to 2018, a drop of 9.5%. Despite the decline, this type of road remains the most dangerous and where the highest number of fatalities are registered (73% of the total number of deaths).

In high-capacity roads, the number of fatalities also decreased compared to the previous year, but to a lesser extent. Specifically, in 2019, 298 people died on motorways, compared to 304 in 2018. Those killed on these roads account for 27% of the total deaths.

Vehicles leaving the carriageway remains the most common incident with 39% of those killed, followed by frontal collisions (23%), front-side collision (12%), running over a pedestrian (11%) and rear-end collision (9%). Percentages all of which remain stable compared to the previous year.

The DGT is promising more action to combat dangerous activities and movements carried out by motorcyclists this year, which is understandable when we see that there were 264 bikers killed, 47 more than the previous year. In contrast, there were 19 moped riders killed, a reduction of 11 compared to 2018.

Similarly, there were 22 fewer pedestrians killed, although 115 people still lost their lives, and there were 40 cyclist fatalities, an increase of 4.

It is also worth noting that for the first time in history there were zero fatalities involving intercity buses.

Of those killed in cars and vans, 20% were not wearing a seat belt at the time of the incident, which statistically means that of the 116 deaths, 63 of them are likely to be still alive today. Similarly, of the 264 motorcyclists killed, 11 were not wearing a helmet, nor were 16 of the 40 cyclists who were killed.