The mayor and councillors from the Orihuela council attended the concentration held by the family of Henry Alejandro Jiménez, in Orihuela City on Thursday to mark the one year anniversary of the young man’s disappearance.

Bascuñana said that his office and his staff remain “at the entire disposal of the family and will continue to do everything in our power to find the missing boy.” He said that everyone must still maintain hope in the belief that Henry will eventually be found alive and well.

It’s now been twelve months without news of Henry who was last seen at a party in his home during the early hours of New Year’s morning 2019, after celebrating New Year’s Eve with friends and family. Since that morning he has completely disappeared leaving no trace.

His family, who were in Madrid in mid November at a meeting of relatives of missing persons organized by QSD Global, have said they will continue their search for as long as it takes and that they will never give up hope until he is found.

“It is a long, frustrating and heart-breaking road, in all senses and with much suffering as we continue to wait for you. We need the name of Henry to be remembered, “says Gina, the young man’s mother as she appealed to investigators that their investigation is not abandoned.

Henry, who would have celebrated his 21st birthday last April,  is 1.81 cm tall, he has curly brown hair and wears a tattoo on his right forearm featuring the face of a tiger. Anyone with any information about his whereabouts is asked to call in confidence 062 or 112. 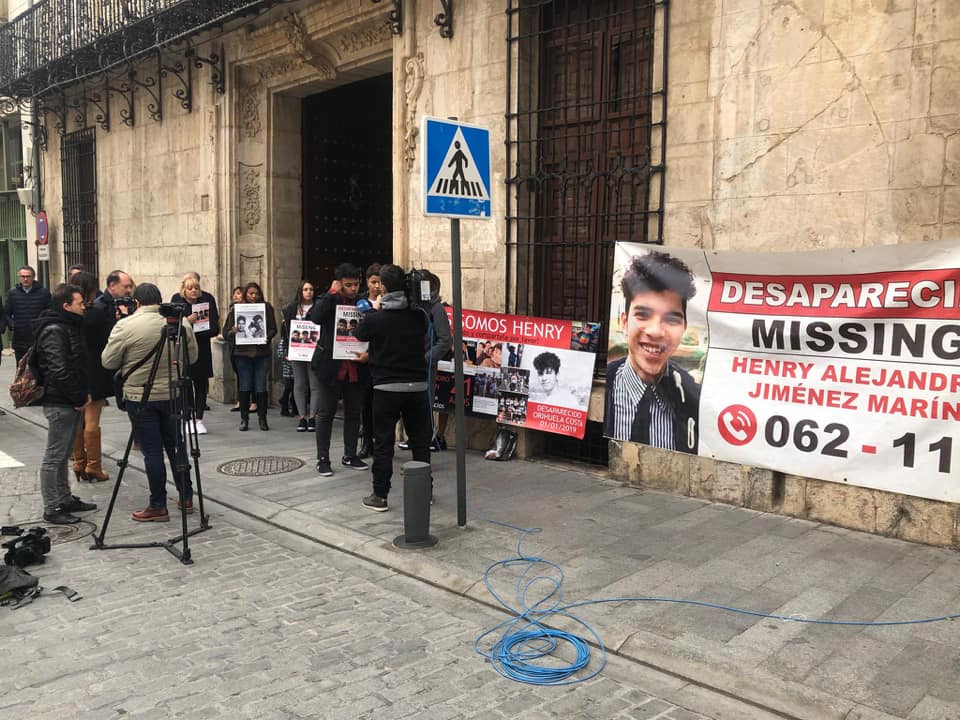