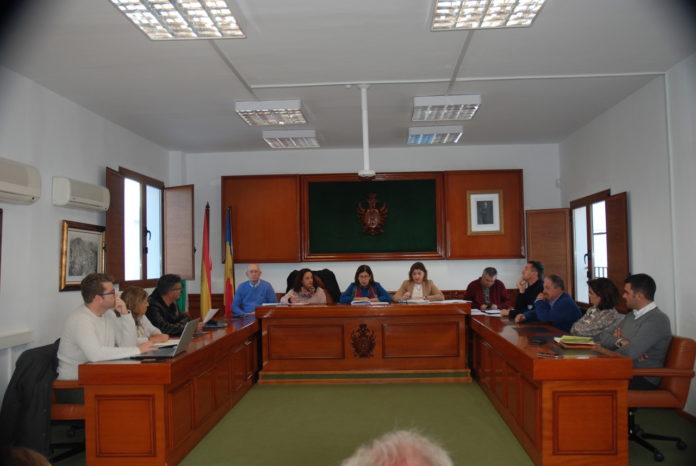 Mojácar Council recently held an ordinary plenary meeting to discuss, amongst other matters, the approval of a credit supplement of 237,383 Euros to be financed by the Consistory, to add to the subsidy granted to Mojácar by the European Regional Development Fund to invest in a low carbon economy for the town.

This financial plan would fall within the legal framework for Local Administrations, given that there are remaining liquid assets, supported by a favourable report from the Secretariat and the Council Treasury.

Mojácar has received 949,525 Euros from these funds, destined for the improvement of public lighting energy efficiency and the reduction of light pollution.  However, the cost of changing current lighting to those of higher performance, replacing 447 damaged supports, carrying out anticorrosive treatment to 300 supports and implementing new surge protection and control systems amounts to 1,186,910 Euros in total.

Therefore, the Council has proposed to contribute the outstanding amount in order to complete the necessary work.  This will result in an annual saving of over 70,000 Euros per year, in addition to an estimated 49,000 Euros reduction in maintenance and replacement costs and an annual energy saving of more than 60%.

Another item which was presented by the opposition Socialist Group was for the establishment of a municipal system to control of feline colonies in accordance with the CES method of capture, sterilization and release, with a Council contribution to pay the associated veterinary expenses, amongst other procedures.

The Government Team abstained from the vote, since a budgetary item was already planned for that purpose.  Additionally, the Mayor, Rosmari Cano, had held prior meetings with the Animals Protectors Associations in the area to organize the application of the CES control system and ensure its legality as well as look at possible future collaborations of voluntary organizations from other countries towards guaranteeing the sanitary conditions of all necessary surgical interventions.

After time was made for any other business, the session was closed until the next ordinary meeting, which will be held within two months.