This was the game that all Thader fans had been waiting for, but alas it all went pear shaped.  During the summer, manager David Saez left Thader to join Redovan, taking a number of players with him.  Of those, Miki, Javi, Hector and May, were all in the starting line up for this local derby grudge match.

Thader meanwhile welcomed back captain Lloyd, Vicente and Victor, although leading scorer Rafa Gomez was still sidelined through injury.  To add extra spice to the match, Thader’s newly appointed manager Joaquin Mas was making his debut.  Following last weeks defeat at Horadada, Thader’s board wasted no time in sacking Jon Ortega, whose record of 9 points out of a possible 27 was considered unacceptable.  So, 61 year old Joaquin Mas, who had previously managed Cacereno, Alguena and his home town of Crevillente, was now tasked with lifting his new club up the table.

Due to the annual resurfacing of Moi Gomez stadium pitch, this home match (plus the next 3 or 4) was played at the nearby campo cesped artificial. 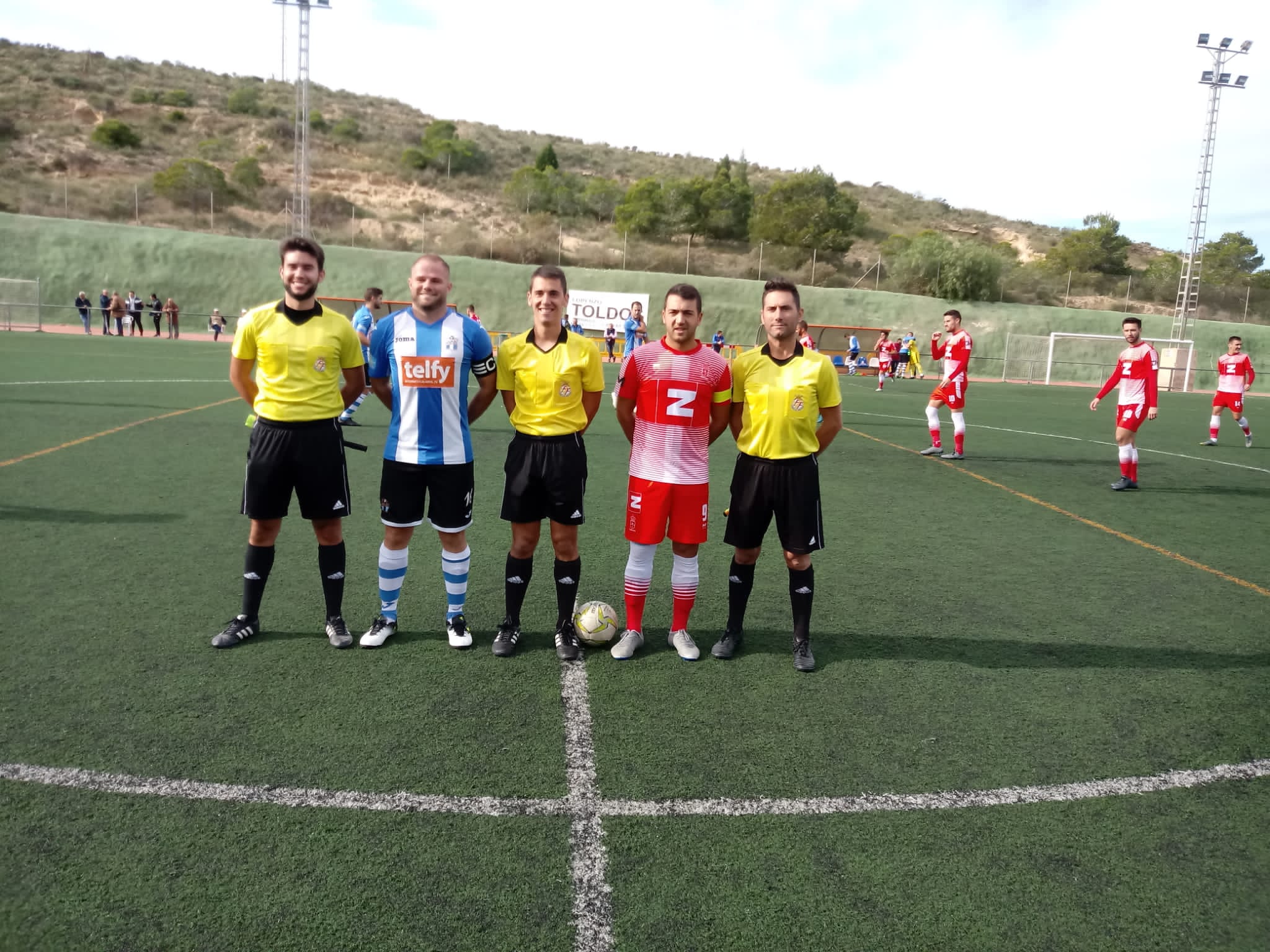 It took less than 2 mins for Gabri to force local keeper Sergio into a spectacular diving save, then from the rebound, he produced another important stop.  Shortly afterwards, Victor’s long range effort was tipped around the post by his ex colleague Miki.  From the resulting corner, Nino headed agonizingly wide, then from the next attack, Rafa tested Miki with a powerful drive.

Sergio rode his luck on 25 mins, for he looked to have brought down May in the box, but luckily for the hosts, the ref was not impressed.  May was again in the thick of the action on 35 mins, his free kick near the touchline bringing out the best of keeper Sergio.  Although Lloyd shot just wide on 40 mins, half time was greeted with a goal less scoreline.

Thader meant business in the new half, both Dani and Lloyd coming close to breaking the deadlock in the opening 10 mins.  Back came the visitors, first May shot wide, before Gabri tested Sergio, although Edu should have done better with the rebound.  A well worked move on 57 mins, resulted in Borja slamming home not only the games opening goal, but his first ever for Thader.  It didn’t take long for parity to be restored, courtesy of a defensive mix up allowing May to accept an offer of shooting into an open goal.

Worse was to follow, in the form of a 2nd yellow card for the industrious Calderon on the hour mark.  This was no surprise, for up till then, 5 Thader players were walking the tightrope of having received bookings.

Redovan made good use of having an extra man, but it took 2 calamitous errors by Sergio to gift them the points.  The first occurred on 84 mins, when a medium paced daisy cutter beat the custodian at this near post, only for sub Rulo to try his luck some 3 mins later.  This time Sergio, in his attempt to prevent a similar cock up, could only add to his woe by pushing a tame shot into his own net.

This results lifts Redovan to the top of Preferente division, whilst Thader languish down in 2nd to bottom position. Next weekend, Thader visit newly promoted Murada, who so far have only accumulated 1 point more than their visitors 9.  Check out Thader Rojales 19/20 facebook page for up to date details on this fixture, and more.