The Catholic Church in Hondón de los Frailes was full for the Annual Remembrance Service. Father Don Witts officiated and his address was very relevant to Remembrance and the 2 minute silence.

We were honoured to have Elizabeth Bell MBE, Vice Consul from the British Consulate in Alicante attending, along with Sr Eleuterio García, Alcalde of Hondón de los Frailes (who read the lesson in Spanish), Sra Carmen Selles, Alcaldesa of Hondón de las Nieves and Juan de Dios Navarro from the Diputación de Alicante. 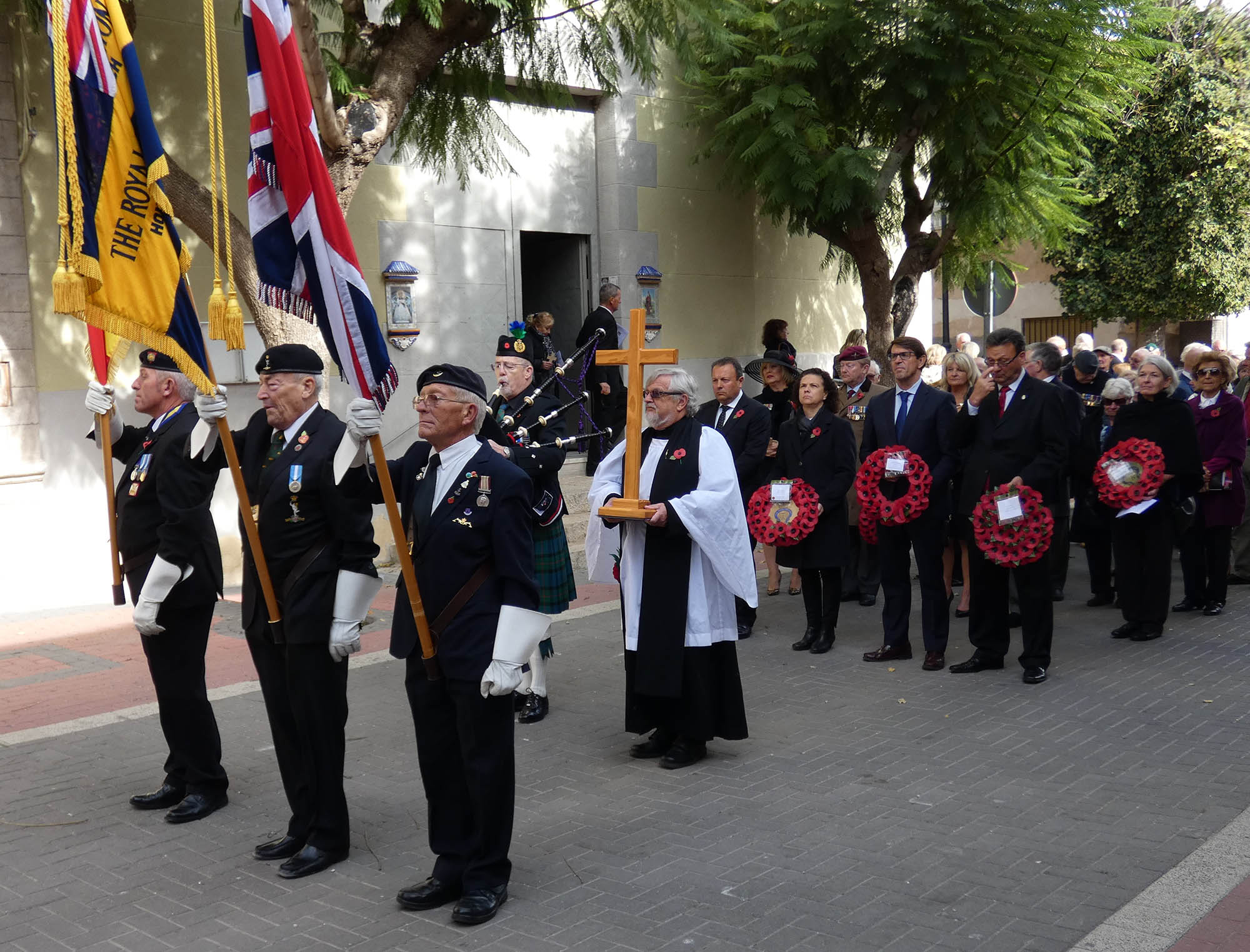 Once again the Corro-Parroquial from La Romana sang Spanish hymns including a rendition of “We will Remember Them” especially written and arranged for the Service.

Former Branch President Peter Broadbent told the congregation about his and his wife’s Grandfathers and their involvement in World War I.  A very poignant tribute to them and all those who served their country then and since.

Following the Service the congregation paraded to the garden of the Ayuntamiento where wreaths, flowers and poppy crosses were laid.

The Hondón Valley Branch would like to thank all those who attended the Service marking this very special day in the Legion calendar. The next meeting of the Branch is on Tuesday 19th November at the Irish Bar in Hondón de los Frailes 7 p.m. for 7.30 p.m.

We have a great social time planned and welcome anyone who would like to come along.  More information can be obtained from the Secretary on hondonvalley.secretary@rbl.community   www.britishlegion.org.uk/branches/hondon-valley

No British tourists for Benidorm until the end of July